Why is the 18 March Çanakkale War important? 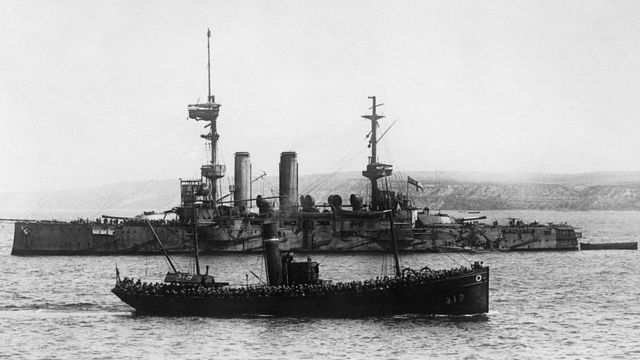 The Battle of Çanakkale is one of the battles in which the Ottoman Empire suffered both the ‘greatest victory’ and the heaviest losses in the First World War.

During the landing that started on April 25, the Ottoman 5th Army, led by the German general Liman von Sanders, was defending Çanakkale. The landing Allies consisted of Indian, Australian and New Zealand (Anzac) troops brought from the United Kingdom, France and the British colonies.

So why are the Dardanelles wars important?

The Battle of Çanakkale is one of the battles in which the Ottoman Empire suffered both the ‘greatest victory’ and the heaviest losses in the First World War.

During the landing that started on April 25, the Ottoman 5th Army, led by the German general Liman von Sanders, was defending Çanakkale. The landing Allies consisted of Indian, Australian and New Zealand (Anzac) troops brought from the United Kingdom, France and the British colonies.

So why are the Dardanelles wars important?

Why did the Allies open a front in Çanakkale?
One of the main reasons was to lower the Straits. Thus, both the Ottoman Empire would be out of the war and Russia in financial crisis would be helped.

The Balkan States had not declared their side at that time, and were in a state of hesitation to choose a side. Greece had not yet entered the war, and Bulgaria, which met with both sides, was also neutral. Both the British and the Germans were struggling to gain the upper hand in the Balkans, and were making concessions to bring Bulgaria to their side. If the Straits fell, Bulgaria would enter the Entente group, which came to the fore in military strategy.

From another point of view, there would be no operations similar to the Canal Operation, as the Ottomans would be out of action when the British captured the Dardanelles. Thus, England would not expand its front in many places, and the war would be stuck in Europe.

It is stated that the operation was initiated at the request of Tsarist Russia, is this true?
It has been known for years that Russia’s persistent desire to reach the open seas through the Straits. The British say, ‘We want to reach Russia by crossing the Straits,’ but if we examined the events more deeply, they would have actually pushed the Russians away from here by lowering the Straits. The British would kill two birds with one stone. The Russians said, “Are the Straits lost?” she worried. Secret agreements over the Straits came into play at this time. 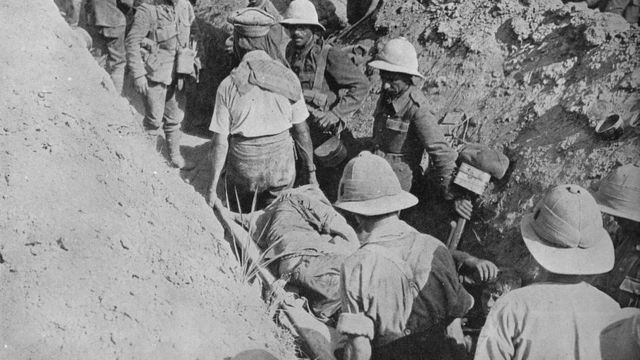 Did the inability to pass Çanakkale pave the way for the Bolshevik Revolution?
If the British navy had been able to pass the Straits, Russia would have been relieved by the military and financial aid it would have received. In addition, since the Straits would have been captured, it would have gained a strategic advantage. Finally, the national feelings of the people would be strengthened as his influence would extend to Bulgaria and the Balkans. These might have delayed the Bolshevik Revolution. However, the assessment “The revolution would never have happened” cannot be made. Because the foundation of the Bolshevik movement is laid much earlier. For example, the 1905-1906 uprisings did not happen out of the blue, they are the continuation of a process.

Couldn’t support be brought to Russia in another way?
It could be taken across the Arctic Ocean, but was difficult due to three important factors. Sweden and Norway had not fully revealed their side at that time. In addition, German submarines and navy were very effective in that area. The sea was frozen because of the winter conditions. Therefore, there was no possibility of sending help from there. Despite all the difficulties, the aid to be taken from that region to Russia would not have brought into practice the elements such as the Ottoman’s being out of the war and the establishment of dominance in the Balkans.

Why did the Allies force a second operation despite the naval war failure?
The operation is already considered in two phases at the beginning. The first stage is to cross the strait with the navy, and the second stage is to take control of both sides of the strait with land power. The plan was made accordingly. The fact that there is no big time difference between sea and land operations shows this. If there was no parallel preparation, there would have been 3-4 months between the two operations. On the other hand, the Entente forces thought that their ground forces could defeat the Ottoman land army, which was so bad in the Balkan Wars. At that time, the Ottoman Empire had not yet received sufficient technical assistance from the Germans.

So how could the weak Ottoman be able to resist this attack?
In the period when the Committee of Union and Progress was in full power, a serious restructuring was made in the army. The army was restructured with the liquidation operation. Considering the experience in the Balkan Wars and the awareness that the coming war was approaching, serious measures were taken. On the other hand, we should not forget that the Battle of Gallipoli was a life-or-death battle for the Ottomans. Until the Balkan War, the Turks did not bring the sense of homeland to the fore. The lost place was gone, the only place left was the homeland and Istanbul. When you withdrew from distant lands in the Caucasus, Yemen and Hejaz, you had a place to live and take shelter. When you lost Çanakkale, it meant you had no place to live. In other words, the loss of the Battle of Gallipoli coincided with the loss of the homeland. Therefore, the resistance in Çanakkale is the last flash of the Ottoman Empire, its last victory. 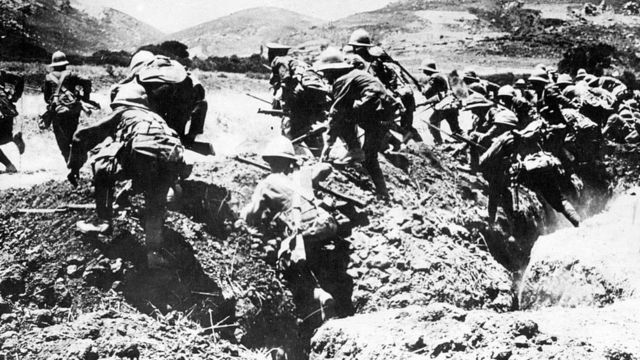 Why was it not so successful on other fronts?
There are places it has been. Kut al Ammare is a great victory. Do not look at what society has forgotten. It was celebrated until the 1950s. It is still commemorated in the celebrations in the Turkish Armed Forces. Yes, there is no third or fourth. Gaza has successes, but they did not continue. But this is very important: The weapons and manpower in the hands of the Ottomans and the logistical power to support them were not in a position to take such a long war. Mustafa Kemal sends a telegram from Aleppo in 1917 and proposes an ‘immediate armistice’. The Ottomans cannot transport to the Eastern Front, to the Basra side, to the Canal Operation. It can send ships from the Black Sea, there is neither road nor railway. Besides, there is no fresh blood coming from Anatolia to feed the army anymore. The people have been fighting non-stop for years and they are fed up. It is hopeless because of the lost lands, the rebellions, the propaganda of the other side that highlights them. So much so that the number of deserters becomes close to the fighting strength.

What were the reflections of the Dardanelles war in England?
British Navy Secretary Winston Churchill resigns. In addition, according to the opinion of the British, the war, which would last for 2 years, seemed to have started again with Çanakkale. Bulgaria, Greece and America entered the war. With the entry of these states into the war, the course of the war would change. Russia’s withdrawal from the war is another consequence, and this gave rise to the hope in the Central Powers that ‘we will win the war’. But while the American involvement would demoralize the Alliance group, it would rekindle the Allies’ hope of winning the war. 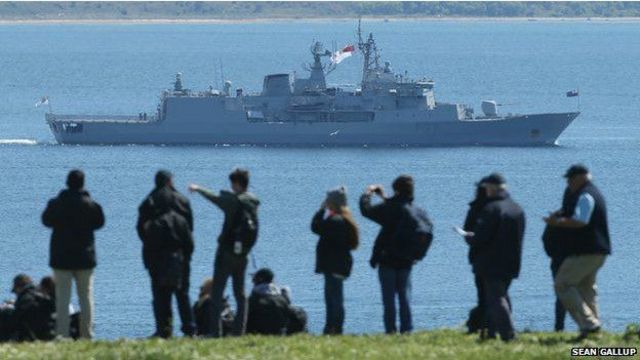 How influential was Çanakkale in defining the national identity of the Anzacs?
Just as the Dardanelles War created the intellectual infrastructure of the establishment of the Turkish Republic, it was also influential in the nationalization process of Australia and New Zealand, and revealed the concept of homeland. The fact that the citizens of these countries come to Çanakkale on their anniversary is not just to commemorate their losses. They also come to visit because they see it as the founding philosophy of their national state.

You are my homeland..
I will not decorate with colorful words what goes through my heart..
Because;
The most obvious feeling in me about you;
Pride..