What Does Will Smith’s Slap Tell Us?

I’ve been thinking about that slap in contradiction for days. You know, last week at the 94th Academy Awards ceremony in Los Angeles, USA, actor Will Smith threw at comedian host Rock about his wife Jada Pinkett Smith’s joke about her ringworm problem… I totally disapprove, but somewhere deep down I don’t want to be hypocritical either.

I can’t get out of the way. Maybe you can help 😊

Those who have never been slapped (probably far from the flip-flop to punch-kick spectrum) are either the peaceful and fortunate enough to experience how they got to the point of being slapped, or the ultra-controlled (who pay the bill in another way afterwards) or they, the 21st century ‘ As expected from their homo sapiens, they are identities at the higher level of consciousness that have chosen the language of love, understanding and harmony in life.

Even those who have never been slapped in their life cannot know the effect of a slap from the inside first on the body and then on the soul, and the ripple it creates like a stone thrown into a lake. Personally, I think that when the presenter Chris Rock, who did not suffer from the blow he received, still lays his head on the pillow, despite the passing days, a fever rising from his stomach to the roots of his hair did not put him to sleep. I’m pretty sure you’re reliving that moment over and over again. And if that slap did shake Rock’s sensibility even a bit, he’ll never joke around or think twice before doing anything that leaves the person vulnerable and incapacitated, such as illness.

From flies to elephants, almost all animals in nature experience frictions with their fellow species, and with other species when necessary, to varying degrees. 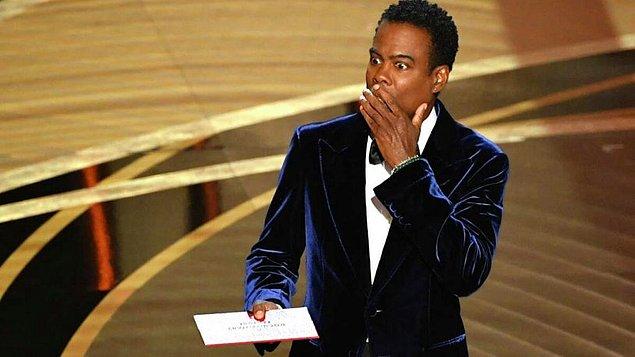 Some of these are for warning, to rule out the opponent, for hierarchy, for possession, for protection/protection and some for destruction. When a mother rhino feels life-threatening to her cub, she will not stand still and watch developments; he will resort to violence at all costs, or he will get his fair share of a gray wolf who angers (in our translation, disrespectful) the pack leader. Although we attribute these reasons to motives, there are also emotions involved. It is quite natural for us to accept almost all kinds of violence that we witness in nature.

“Violence” is a phenomenon that is not natural in a single human species, is condemned/condemned, but is also practiced -in thousands of forms–to the extent that it is condemned/condemned. It’s like a kind of love. Just like we can’t stay away from the lover we know is private to us, and we eat the forbidden apple… There should be no violence, we should get rid of this disease that dehumanizes us, oppresses and upsets others, destroys the social order and destroys the masses, yes! On the other hand, isn’t this phenomenon reminding us that we are “human”? That we are more virtuous, braver, braver, more moral than others… Like Will Smith, who does not shy away from violence in his films for the sake of justice, truth, family, friendship, love and even the planet, and never drops a gun.

Although the advocates of rising consciousness in the new age claim to the contrary, I’m afraid I will put a sentence here that is assertive enough to say “if there is no violence, there is no human species”. (I believe Gandhi, who works miracles with nonviolent resistance, is a great spirit (Mahatma) from another planet, so he is off topic 😊

Now, of course, a little explanation is needed: You should know that I have never been violent in temperament. I didn’t like any kind of violence, including shouting and arguing, I always stayed away. Apart from the toy fights I had with my brother when I was little, my history of violence is limited to the flicks I threw at my cat’s toto and my dog’s ear. I rarely even raise my voice. I’ve always been in favor of a calm compromise. However, I have always been afraid of what I might do when I witness a child or animal or loved ones being tortured on purpose. How are you going to break down the wall where words don’t pass? How do you say “stop” to unconsciousness?

Which of us did not find the momentary, one-time explosions understandable when we dived into the corridors of human psychology? 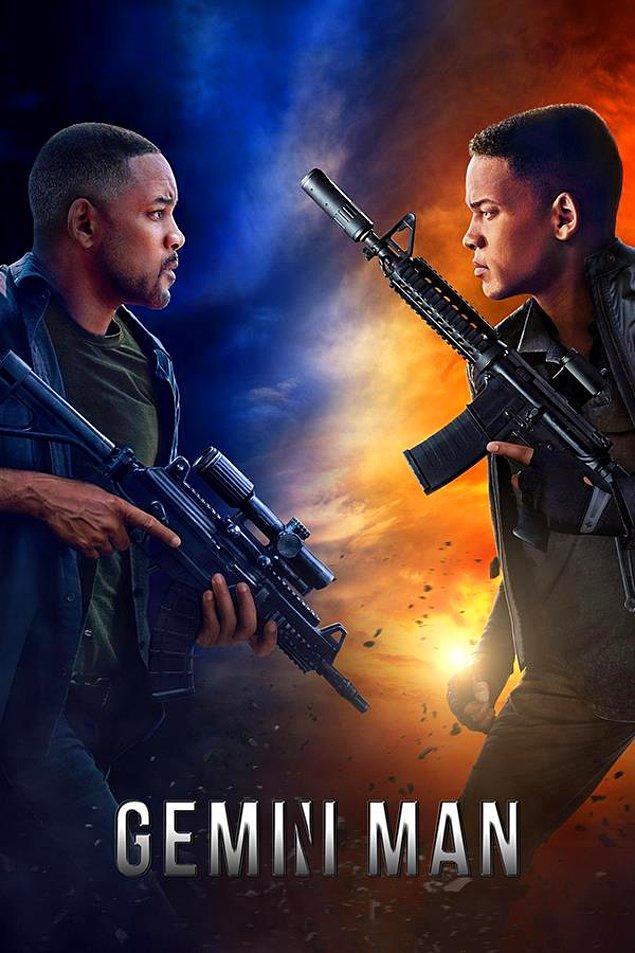 Yes, my beloved Will Smith literally stuck a “wholesome ottoman” to the much-loved Chris Rock. (These are mild-scale violence discourses, usually in jokes 😊 Violence is so much of us that it is the material for our jokes and advice.) When I look at Will Smith’s stance in life (and listen to his family’s statements) -independent of his movies-, he trains himself as a sensitive individual, he uses the control mechanism well. I observe that he uses it, that he intends to lead his life without violence. Even so, I’m pretty sure that slap fell from Smith’s bosom (actually from his limbic brain) and landed on Rock’s face. No games, no scams.

As a matter of fact, in his later apology statement, he explained that humor was part of his profession, but a joke about his wife’s medical condition was too much for him and he reacted emotionally, and again, in my opinion, he poured out during his speech while receiving the best actor award for his role in the slap-up King Richard movie. were tears.

The person he decided to be in life has deviated from his path; that he has betrayed himself and the consciousness he intends to elevate; Those tears were shedding because she thought she had disappointed those who admired her. “All forms of violence are poisonous and destructive. Smith could not attribute this action to himself enough to say, “My behavior at the Academy Awards was unacceptable and unforgivable.” He also called out to Chris Rock, “I want to apologize to you in front of everyone, Chris. I overstepped my bounds and was wrong. There is no place for violence in the world of love and kindness,” he said, and admitted that he was “ashamed”.

What would you do if you were Will Smith? 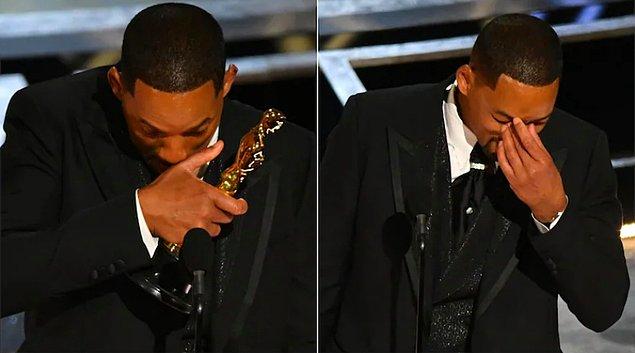 a) I would say “This is a show environment, everything is permissible” and laugh at that joke and pass.

b) “Keep my wife’s name out of your fucking mouth!” instead, “Chris bro, your joke is unacceptable and very hurtful. I want you to apologize to my wife immediately!” I would say.

c) I would definitely stand behind my emotional response. When I stepped on the podium, “You have honored me with this award for playing my role in King Richard. I worked as an actor, I succeeded. Thank you very much. However, my previous act was more than the “Will Smith” you want to see, as the husband of a woman who gave me 3 children. Hitting someone has never been my preferred reaction in my life, but it was the only truth that came out of me in the face of such hurtful behavior.

d) I would not react at all. I would save our reckoning for later, somewhere else.

e) I would not be content with one slap, I would do more.

Honesty can only come into play when we are free from criticism, judgment and lovelessness, right? 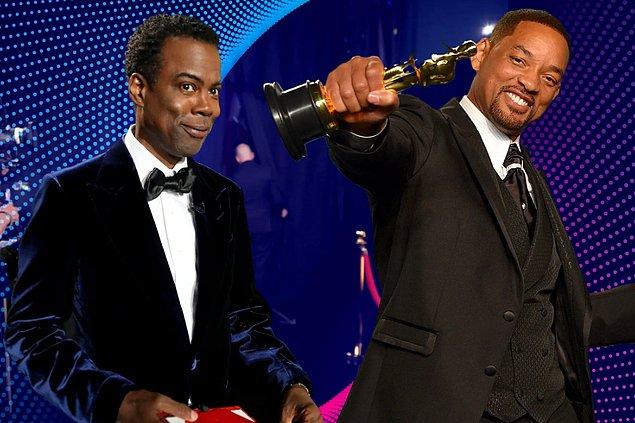 Knowing that every condemner will definitely be condemned at a moment… And not hoping for help from white spoon masks that come out of milk… Why did I write this, because the Academy of Motion Picture Arts and Sciences made me crazy with the news I recently read. I understand their condemnation of Will Smith, but they’ve started an investigation on him! The tweet they sent saying, “The academy does not approve of any form of violence,” turned out to be salt and pepper.

There is a word in English that I love very much: Hypocrisy! Let me not go into its Latin roots, it is used to mean “hypocrisy” today. Isn’t it hypocrisy to announce that those who poke our noses with the films in which all forms of violence reflect bullying as a worthwhile character trait, and the promotional materials it distributes to children, have launched an investigation against someone who obviously has an emotional outburst, and shelve his film? Also, what will they examine?

The possibility that he is also a victim of violence because he is violent? The possibility of going to a profit split with the Rock, whose ticket sales are skyrocketing to the post-event show? Oh, by the way, Netflix has shelved their new movie project with Smith! Comics…

Will Smith, whose antennas have been reopened last week since the incident, did not sit idle and resigned from the American Academy of Motion Picture Arts and Sciences! He stated that he made such a decision because he thought that the focus should be on his colleagues who were successful at the ceremony.

In short, my contradiction continues. I have not been able to find out what is the secret of the “right” in the form, scheme, tone, dosage, color of violence, in short, in the human-violent relationship, and where is it hidden. And you?