The Tower of Babel Proving It’s No Ordinary Painting

Thousands of works of art, which have been the subject of controversy for centuries and whose mysteries are still unsolved, are now available to us with a single click, thanks to the internet. We also examined a valuable painting from the museums that we could not personally visit: Bruegel’s ‘Tower of Babel’, dated 1563. We have compiled the story of the Tower of Babel, which is curious, with the smallest details for you. Get the content! 👇

In ancient times, people traveled long distances and almost spent fortunes to see works of art. However, thanks to the technology age we live in, we can reach the finest details of the works that we cannot see in person, with a single click. 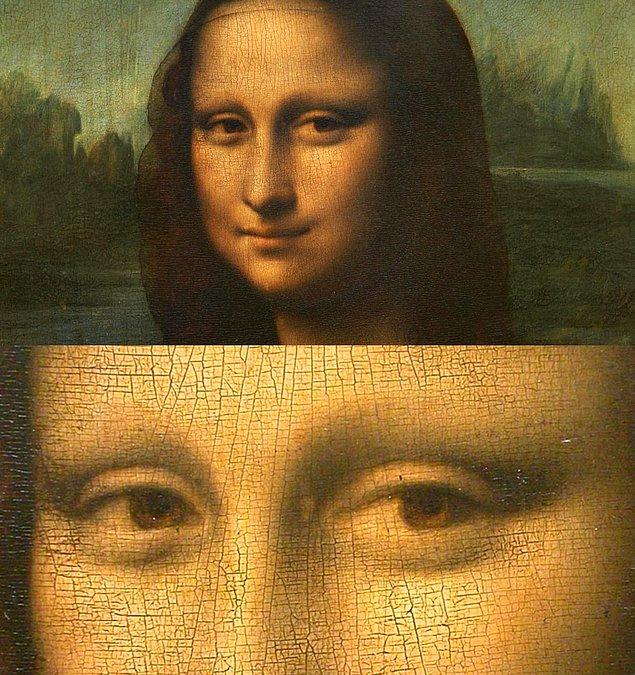 That’s why we decided to examine a valuable painting with you!

This painting you have seen belongs to Pieter Bruegel. The title of the work, which is estimated to have been drawn in 1563, is ‘Tower of Babel’.

The Tower of Babel is one of those paintings whose every corner is equipped with very fine details. The painting is currently exhibited in the Kunsthistorisches Museum Vienna and its dimensions are 114 cm x 155 cm. 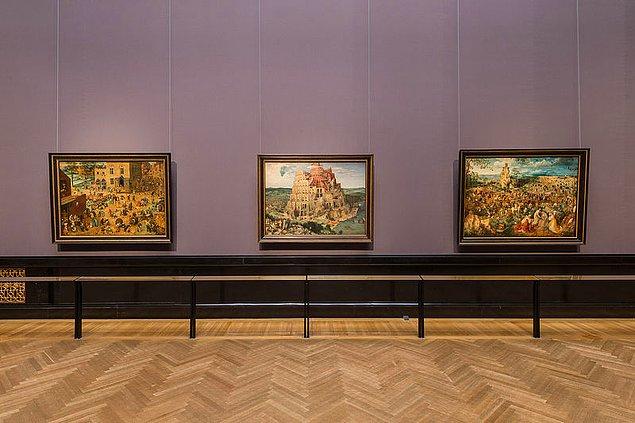 The emergence of the tower comes from a story in the Torah and the Bible; People who want to see God start to build a tower, and God, angry with people’s arrogance, punishes people while the seventh floor of the tower is being built and gives each of them a different language.

Unable to communicate with each other, the workers undertake the task of spreading languages, scattering all over the world.

Each floor of the seven-storey tower, which is said to be 90 meters long in total, symbolizes different phenomena. 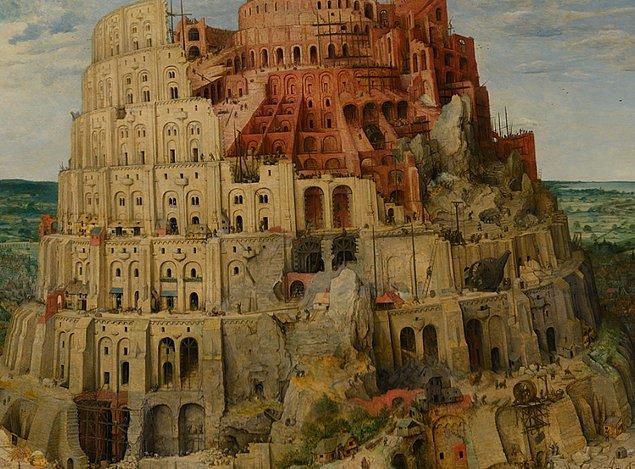 The floors of the tower symbolize respectively stone, fire, plants, animals, humans, sky and finally angels. According to the story, it is thought that man can reach God only when he learns these layers and takes the seven steps in order.

The person standing in the lower left corner of the picture with his surroundings is the Sumerian king Nemrud. The historian Flavius ​​Josephus proves that the king, whose name is not mentioned in the holy books, was the person who wanted to build the tower. 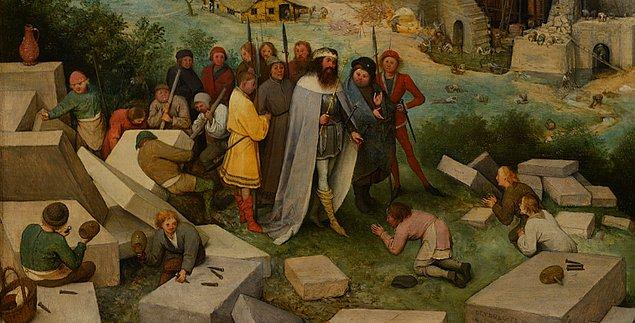 Let’s get a little closer to the king and his entourage; 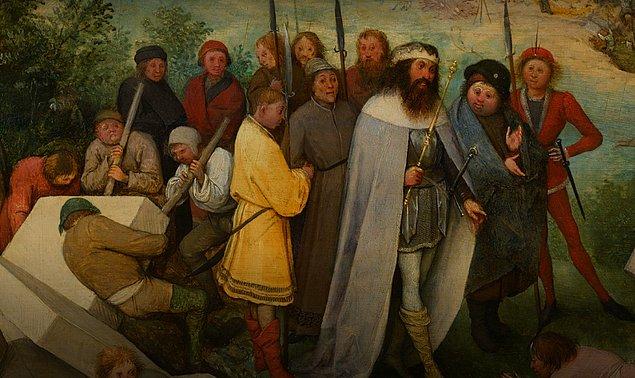 Let’s take a closer look at the king himself 👇 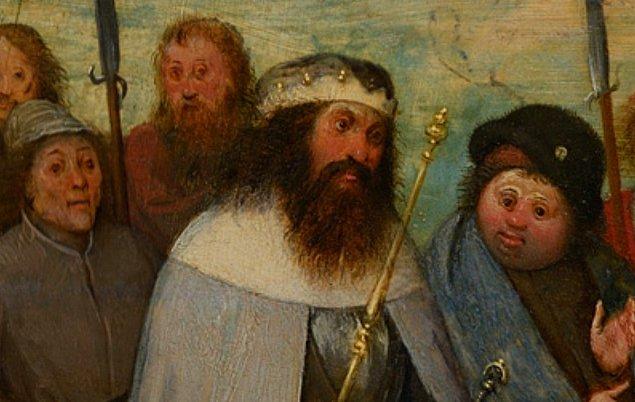 The Flemish-style port city that catches our eye on the right side of the painting is under the shadow of the tower, and the dimensions of the buildings prove how gigantic the tower is. 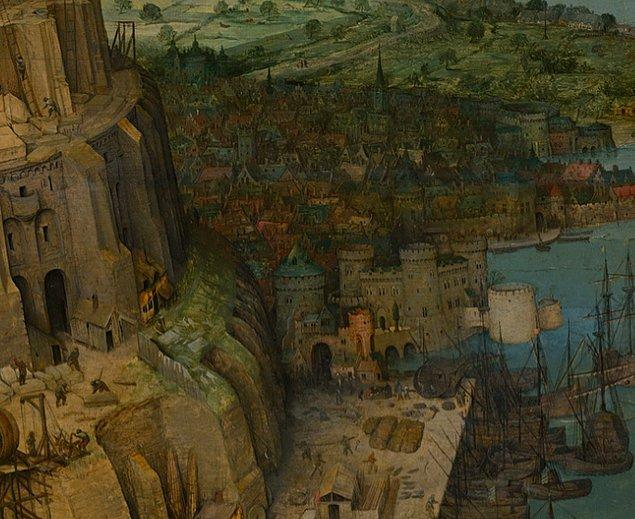 When we look at the left side, we can see the continuation of the houses and agricultural fields in this walled city. 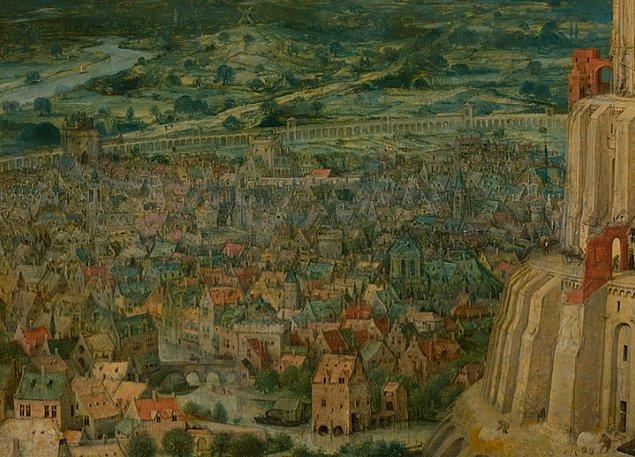 Behind the walls we see a road, a long stream, trees, windmills and hills. 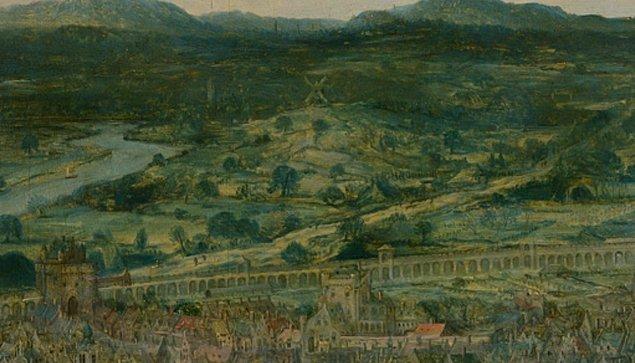 Bruegel demonstrates his extraordinary technical and mechanical knowledge and talent with details of the worker carrying construction materials in the port. 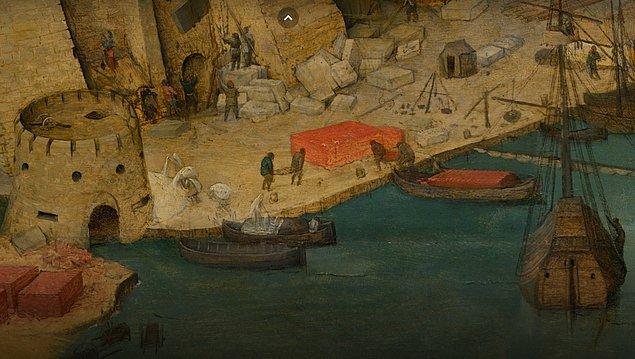 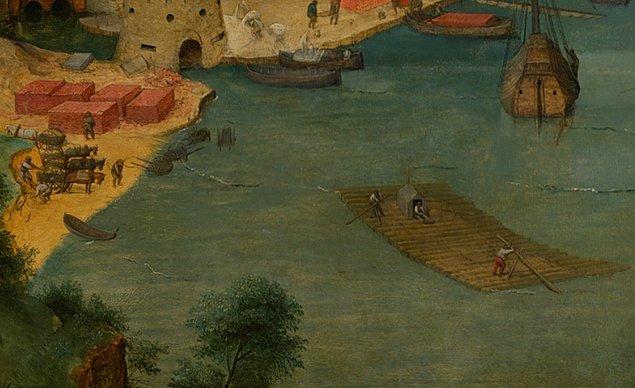 Let’s zoom in even closer… 👇

On the tower, we see the cranes working in the construction, the brick foundation and the yet unfinished skeleton of the building. 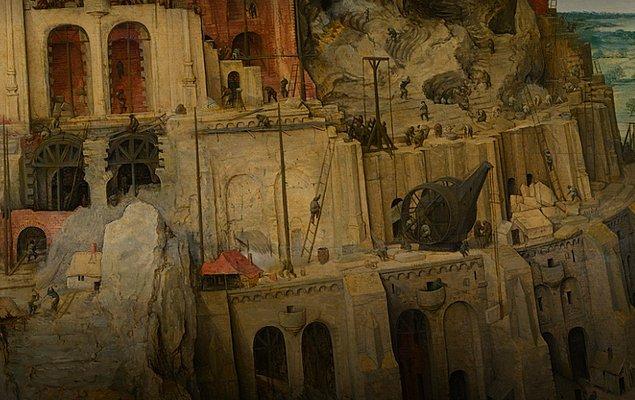 In the lower right part of the picture, workers’ residences, which are thought to have remained for a long time due to construction, 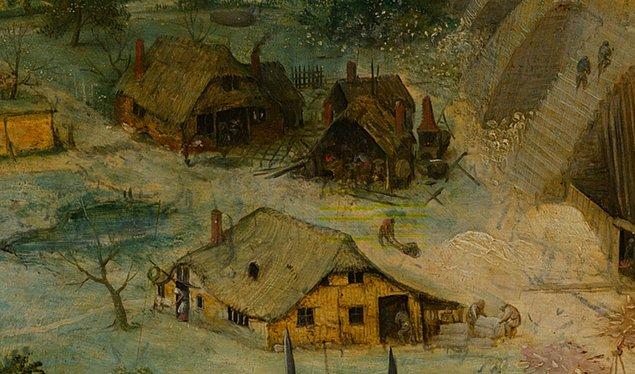 Thanks to the rocky slope added by the artist, a state of static balance is created in the painting. 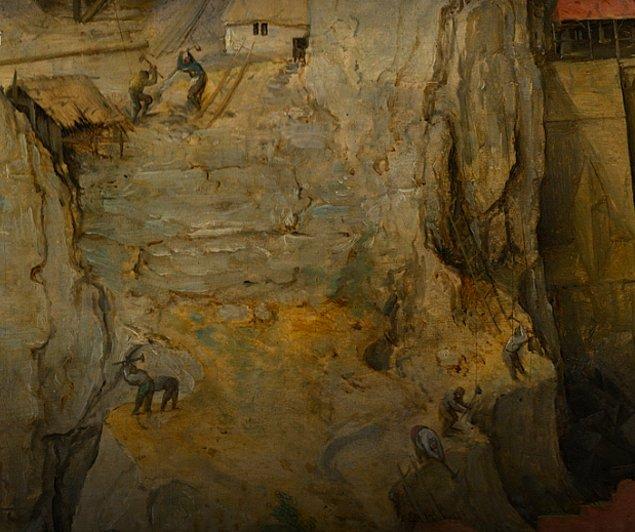 When we look at the upper parts of the tower, there is a disorder. The reason for this is to symbolically explain that the construction of the tower will never be completed. 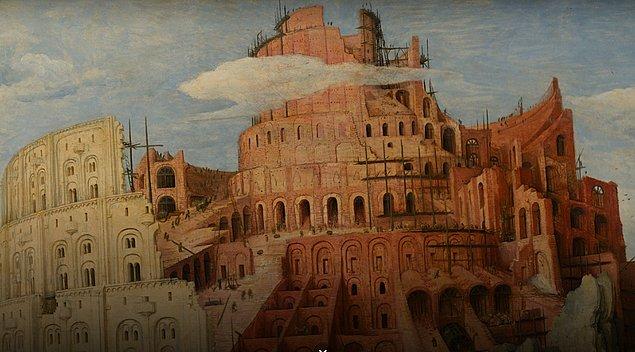 What do you think about this impressive painting? Let’s meet in the comments! 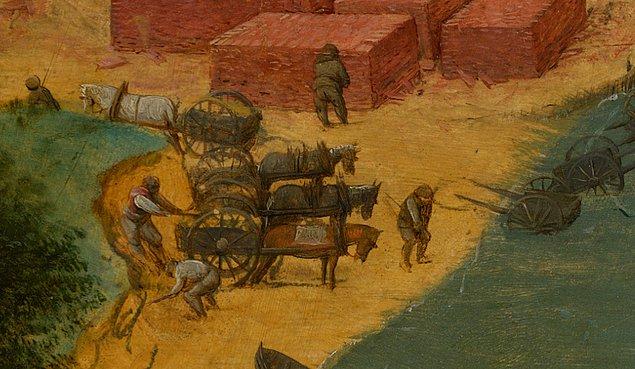