Scientific Explanation of the Nightmare, Which Is Almost A Little Death With Its Black Hands in 10 Items

You wake up suddenly at night, as if something wants you to wake up.

What is this nightmare? Does it have a mystical meaning or something that can be explained scientifically?

In its simplest definition, it is sleep paralysis. During REM sleep, which is defined as the deepest stage of our sleep and where we dream, the communication between the brain and the body is blocked. Except for the respiratory and eye muscles, all our muscles are disabled. In other words, we experience a kind of momentary physiological paralysis. The reason why our bodies do this is actually very logical: so that we don’t do what we do in our dreams, in bed. The reason for the nightmare; It is due to the fact that the physiological paralysis in REM sleep does not resolve as soon as we wake up, although we wake up from sleep.

It is seen that the functions of the brain increase and work faster in sleep and dreams. Although the cause-effect relationship can sometimes be preserved in dreams, it is usually disrupted by perceptual changes. One person can be many; It is claimed that dreams are hallucinations seen during sleep, but these hallucinations are very important in terms of information organization, forgetting unnecessary information, establishing long-term memory, and solving daily psychological problems. The REM stage is one of the stages of sleep and is a period that extends towards the end of sleep. This period, which is determined by rapid eye movements, is the most intense period in dreams. Hallucinations and thought errors occur in humans when REM sleep is inhibited.

In the early REM of the night, there are shorter and often inconsistent dreams. Dramatic vivid dreams associated with longer memories occur later in the sleep period. Early morning dreams involve more speech and hearing functions. It is argued that these dreams are dreams that can be made conscious by control. Dreams have no concept of time. In a matter of minutes, strange startling frightening events ensue that we thought took so long. While telling, events that are actually very disconnected from each other are combined by storytelling.

4. Any news about the missing?

When you wake up in the morning, the feeling of being very happy because of the dream is not expressed much, while the frightening and overwhelming dreams are remembered more clearly. In fact, such frightening dreams are tried to be interpreted more. It is believed to be a sign of something. That’s why dream interpretations are used. If there is an expression of disaster news in dream interpretations, new fears and expectations begin. Sometimes there is such a vicious circle that with such troubled expectations, the content changes and other bad dreams are seen. As soon as you wake up in the morning, you try to relax by having someone interpret your dream on the phone. This indicates how high that person’s anxiety is. Maybe he has an illness level of anxiety or depression, and these dreams are part of them. In the case of chronic physical illnesses and pain, it is normal for a person to sleep uncomfortably and dreams are not pleasant. Sometimes dreams can be a harbinger of illness. That is, a patient with a mood disorder may describe a constantly running white horse in his dreams before each manic episode. Actually, this is not news from the past. It is an indicator of biological changes in the brain. Nightmares are frequently seen in depression, schizophrenia, anxiety disorders and other psychiatric disorders.

5. Anxiety and repetition of dreams;

Waking up in sweat from the same dream every time can make you tired. Sometimes you see that even if you shout in your dream, your voice does not come out. You wake up as if you have come back from the dead, but you may not be able to sleep again. The factors of this situation may be traumatic losses experienced in a row. If the anxiety is very high and the person has fears, it can turn into a panic attack over time. Repetitive dreams or nightmares often occur in posttraumatic patients. Adults often have recurring dreams about encountering a dangerous situation, being trapped, natural disasters such as volcanic eruptions, and the loss and fall of a tooth.

Nightmare content is scary dreams. Although it is more common in childhood, it is also observed in older ages. A nightmare is a situation that causes unpleasant feelings and is worried about reliving it. During the nightmare, rapid beta waves were detected in the anterior region of the brain in electroencephalography. Sometimes we say that I have a nightmare for unpleasant situations. Nightmares are often the guests of our dreams during the oppressive conflict period of life. Especially, nightmares experienced in childhood were observed in 92% of women and 85% of men in adult ages.

7. Dreams that result in screaming;

Night terrors also occur in the early hours of the night. The person wakes up screaming from sleep. He is in sweat. Heartbeat quickened. Actually, he didn’t wake up. If he is not woken up, he will resume his sleep and will not remember what happened in the morning. However, nightmares are usually remembered down to the smallest detail.

8. What is the meaning of behaviors such as kicking?

There is REM sleep behavior disorder, which is also a situation that scares the bedmate. In this disorder, which is seen at the age of 60-70, the person may kick, punch, or hug his partner under the influence of his dreams, as a result of preserving the activity of the muscles that need to be relaxed. Of course, someone who gets caught by your throat in the middle of the night is very frightening. But he does not remember the events unless he wakes up who lives or makes them live. Tricyclic antidepressants that suppress REM sleep, relaxation techniques, and psychotherapy are recommended for nightmares. Other sleep or dream disorders also need to be evaluated.

During a nightmare, you often think that you are waking up from sleep. However, the sleep state continues. The brain thinks that it has awakened, but the body is still asleep. Meanwhile, you see some kind of hallucination. Everyone has a different scenario.

The symptoms of a nightmare are that you cannot get out of bed even though you wake up or think you have woken up, your movements are blocked by a force, you cannot move or speak, your voice does not come out despite all your efforts, and you experience various sounds and hallucinations during this time. 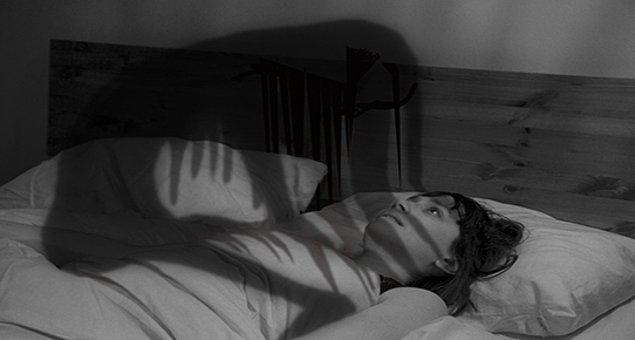 When you wake up in the morning, you can’t remember what happened. Nightmares are harmless and each one ends in deep sleep.

Nightmares are not as common as nightmares, they mostly start in children between the ages of 4 and 12 and usually go away. Adult nightmares begin in their 20s. Teenage boys have more nightmares than teenage girls, but the number of adult men and women affected by nightmares is equal.

The cause of nightmares is unknown, but they are related to stress, tension and conflict. Sleepwalkers or people with a family history of nightmares are more likely to have nightmares.