For more information on veiling in Islam, see the article “veiling”.
The headscarf is a kind of veil and clothing that covers most or all of the upper part of the head, which is used to protect the head, especially the hair from external abrasive factors, to cover it and not be recognized.

Although headscarves with names such as kefiye and pushi are used by men in some societies, the headscarf is generally accepted as a part of women’s clothing. It has a universal prevalence in different religious and geographical environments from the West to the East, from Christianity to Buddhism.

The headscarf has gained religious or traditional functions and meanings in some societies beyond its main function of covering the head as a garment from heat and cold. The headscarf shapes vary greatly according to the regional and cultural conditions, and the meanings it assumes also differ. While it is used as an indicator of social status and nobility in one society, it can be accepted as a sign of the dominance of men over women in another.

Hijab in ancient societies
It is recorded that the custom of covering the head and face dates back to 4000 BC in Mesopotamian societies. In the temples of Inanna in Sumer, the nuns had to cover their heads. It is stated that in these temples, the nuns acted as holy prostitutes and therefore they covered their heads to be separated from other women

It is known that women covered their hair in Hittites, Phrygians and Ionians, who are among the ancient communities living in Anatolia.

In ancient Greek societies, women covered their heads with various covers such as diplaks/himation, shawl, scarf, bone (sakkos) since the 6th century BC. In the Roman state, the concepts of piety and modesty were often symbolized as a veiled woman or goddess.

The shape of the headscarves worn by Jewish women has changed throughout history. In the beginning, wide, large headscarves and shawls were used, but over time, the size of these covers and the areas they cover have narrowed. While the entire head area was covered except for the face, over time, the neck and part of the hair became exposed. After the 19th century, headscarves were gradually replaced by hats and then wigs. Today, the covering of the head by the majority of Jews is limited to the synagogue, and other than that, it has become common. However, there are also Jewish women around the world who continue to wear veils, hats or wigs. 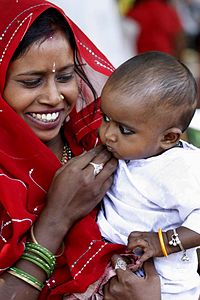 Hijab in Christianity
Since there is no other statement about veiling in the Christian Bible, the words in Paul’s Letters were taken as a basis. Paul wanted the continuation of the Jewish custom of covering women to oppose pagan culture; The veiling, which was strictly applied for hundreds of years, gradually turned into a practice exclusive to nuns.

The hijab-wearing ceremonies of the nuns is an important stage of the nuns. Nuns cover their heads as a symbol of marriage with Jesus.

Today, in many parts of the world, there are also Christian women who traditionally cover their heads.

The understanding of veiling in Islam differs from country to country, region to region, according to the customs of societies. Certain styles of clothing are not recommended in the Qur’an, it is sufficient to only give some measurements. The subject of veiling is mentioned in several verses.

With the interpretation of these verses by societies according to their own culture and understanding, different approaches to veiling and head covering have emerged.

One of the verses based on the veiling of women in Islam is the 31st verse of Surah Nur; The other is Surah Ahzab, verse 59. There are different views on the subject of veiling regarding the meaning given to the words “furuc”, “zinet”, “hımar” and “jilbab” in these verses. Hımar (plural humur) in Surah Nur is translated as “hijab”; to let the knuckle on the collars is interpreted as “to cover the collars or the jewelry on the collars by lowering the head cover”. In addition, the explanation of the expression “parts that appear spontaneously” in different ways, which is also mentioned in the Surah Nur in the tafsir, has enabled very different perspectives to be brought to the headscarf issue; veiling styles have been developed according to the customs of the society. In a period when everyone, male and female, covered their heads, while covering the hair was within the limits of covering, it could also be possible to open it when the general acceptance of the society went beyond this.[2]

Although there are different practices due to the interpretation differences arising from the meanings given to the words in the verses and cultural and regional differences, the veiling has been practiced in Muslim families and societies for centuries after the verses related to veiling came; The veiling of women has been accepted as one of the most distinctive features of Muslim societies.

In Turkey, headscarves are used in different ways by women belonging to both Islam and other religions due to their traditions and religious beliefs.

In the old Turkish culture, where the head cover was mostly considered as an ornament, women used various covers called “buruncuk”, derived from the word “to put on”, and called “yaşmak”, derived from the word “yaşurmak” (to hide, to cover). This custom, which continued after the Turks accepted Islam, was also continued by the Turks who settled in Anatolia; It became an important element of Ottoman women’s clothing during the Ottoman period.

In the Ottoman period, there were interventions to prevent women from wearing headscarves in the republican period, who were intervened to cover their heads. The prohibition of the headscarf in public and some private institutions, especially in universities, has become a big problem called the headscarf problem. 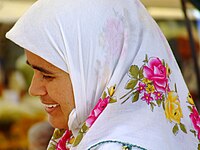