“Who wants to be happy? I am after pleasure.” said Dorian Gray.

A great movement called hedonism, on which a whole philosophical view was formed. A philosophical view that argues that pleasure is absolutely good, that human actions must be planned in a way that will provide ultimate pleasure, and that it is the most appropriate behavior to always turn to the one who gives pleasure. Hedonism, which was founded by Aristippus and continued by Epicurus, affects the English as “utilitarianism” in the 19th century. We read the reflections of these influences in The Picture of Dorian Gray with the masterful transfer of Oscar Wilde. In this novel, Wilde conveys the aestheticism and the British “utilitarianism” movement with a great fiction.

The epitome of beauty and purity, young Dorian Gray meets the painter Basil Hallward by chance.

Dorian Gray is a young boy who is aware of his own beauty. It is Lord Henry who clouded his mind and planted the seeds of arrogance in him. Dorian’s beauty and youth, which Lord Henry will never have, stirs Henry’s arrogance and infuses the boy with the poison of arrogance. Later, he will not be able to believe in this monster he has created.

Doria Gray, on the other hand, carries the feeling of being admired to the dimension of narcissism and wishes to enjoy life with eternal youth and beauty. His wish comes true, but there is something he forgot; conscience.

Lord Henry; “There are moments in life, according to psychologists, when passion for sin, or for actions that society considers sinful, completely dominates a person’s character. . . .

For at the root of all sin lies disobedience, as theologians constantly say. That great spirit, the morning star of sin, was actually expelled from heaven for his rebelliousness.” says Dorian Gray.

In fact, this is arrogance, which is the devil’s favorite sin, as we all know. Arrogance blinds a person’s eyes as well as his soul, making him think of nothing but himself. Arrogance grows stronger in the arms of pleasure and cruelty.

“There is some cruelty in every boast, perhaps, as in every felt pleasure.” says in the book. So, does arrogance trigger pleasure, or does pleasure trigger arrogance? Here is a big dilemma for you…

Beauty and arrogance…
Arrogance is the most obvious sign of a lack of self-confidence, in my opinion. It is the manifestation of the inferiority complex. They are the opposite cries of “see me, like me” that are uttered in disdain for people. The more you despise someone, the more valuable it is a distorted sense of feeling. Being very beautiful or handsome doesn’t matter in the least, self-confidence is something else. Everything lacking creates a desire for completion. Even Dorian Gray, however beautiful he may be, bears traces of the insecurity of a childhood locked in a room.

We read how the internal reckonings throughout the book hit the wall of narcissism. Witnessing how his soul turns ugly at the end of every cruelty he commits because of his arrogance, Dorian Gray begins to lose his enthusiasm for the eternal youth and beauty he sees in the mirror.

Do good, throw it into the sea… 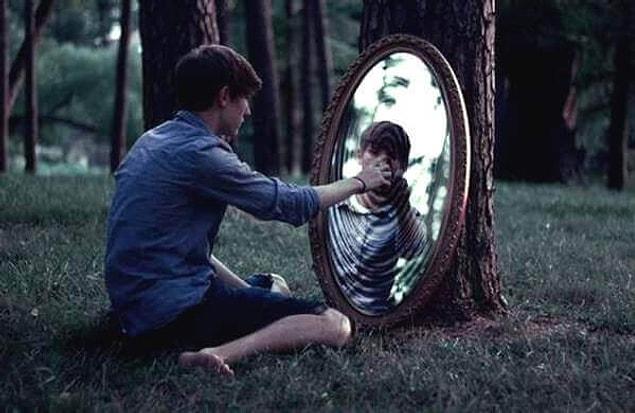 Do we do it by designing what we do for someone? If so, this is not a moral act. According to Kant, every “well-intentioned” act done with the expectation that self-satisfaction, appearing better to God, gaining the sympathy of others, or that the good done will one day be rewarded, is far from being a moral act in its essence.

His arrogance, which is starting to make Dorian Gray sick inside, says that if he does him a favor, he will get rid of this remorse. Lord Henry was the first to notice the arrogance-smelling error of every action he thought of as a good or even planned one. Although he does not know the real reason for this “doing good” state, he finds his plan extremely absurd. Perhaps for the first time, Dorian and Henry were at odds with this. Lord Henry, who teaches him the glory of pleasure and arrogance, opposes Dorian for the first time. Unable to understand why he should have cleared his conscience, Henry insists that this is an extremely pathetic convulsion and that Dorian should not think of such silly little “goodies”, except that what he is going to do is actually a great evil rather than a small good.

Apart from the judgment of moral values, we all encounter our own nakedness in the judgment of personal conscience. It is debatable whether there is unconditional goodness or not, but whatever it is that disturbs the conscience, we cannot escape from it.

Dorian Gray also cannot escape his own conscience and confronts him.

The question is; How at peace are we with the person we see in the mirror?