Movile Cave with its Extraordinary Ecosystem

As If It Does Not Belong To This World! Movile Cave That Surprised Scientists With Its Unusual Ecosystem You will be surprised to see the creatures in this cave, which has a unique ecosystem! 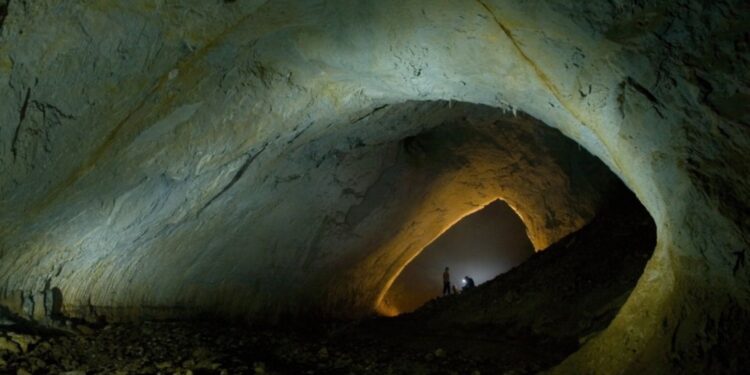 Movile Cave in Romania has been one of the most astonishing places on earth for 5.5 million years. The cave is completely isolated from the rest of the world! Because of this, it looks like it belongs to another planet! The cave has a unique atmosphere and ecosystem, and it is extremely poisonous inside. But here live creatures that do not live anywhere else on the planet! We explored the mind-blowing Movile Cave for you…

Movile Cave was discovered by chance during the feasibility study for a power station to be built near Constanta, Romania. After the cave was discovered, Romanian scientist Cristian Lascu became the “first human” to go deeper into the millions of years old cave…

Scientists who started work to explore the cave and reveal its sequences were astonished. Because Mavile Cave was unlike any cave they had seen before. It was astonishing both its structure, its air and the creatures living in it.

As they progressed deeper into the cave, the scientists’ bewilderment grew 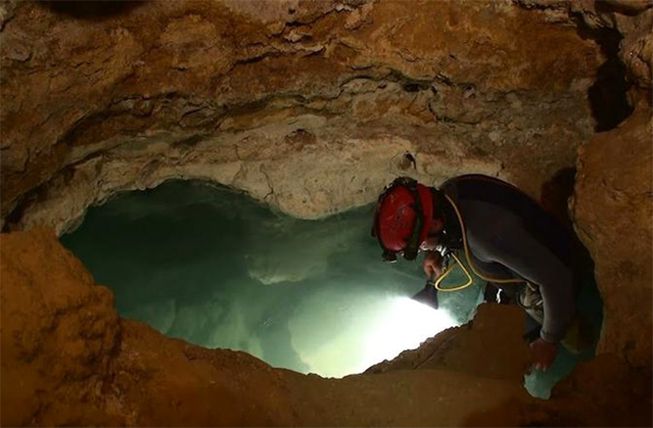 In the cave, which has an 18-meter entrance, the descents and ascents, which expand from time to time and narrow from time to time, continue for 300 meters. There is a small lake at the bottom of the cave. On the other hand, it has an intense sulfur reserve. For this reason, the inside of the cave is filled with toxic gases, especially hydrogen sulfide. On the other hand, the inner walls of the cave are covered with a dense layer of clay. Thanks to this, the cave has existed for millions of years in isolation from the rest of the world.

As the cave’s secrets are revealed, scientists realize they’re working on a very important site. 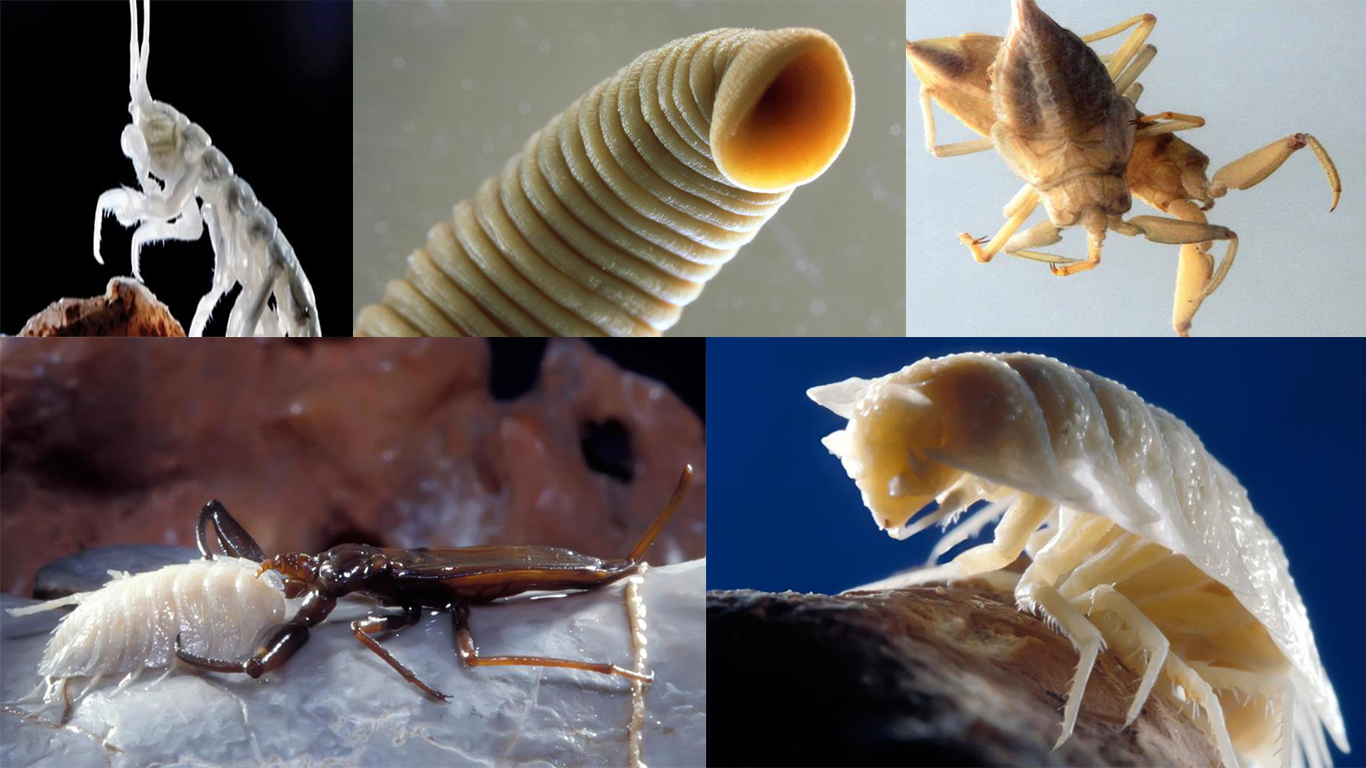 It is impossible for any living thing to live in this cave, which is completely isolated from the world, under normal conditions. For this reason, “ordinary” creatures do not live here. In Movile Cave, 45 different kinds of creatures such as insects, scorpions, worms, snails and spiders that are unique to this region live. 33 of these creatures have never been seen anywhere else but in Movile Cave!

There are different theories about how the creatures in the cave got here. 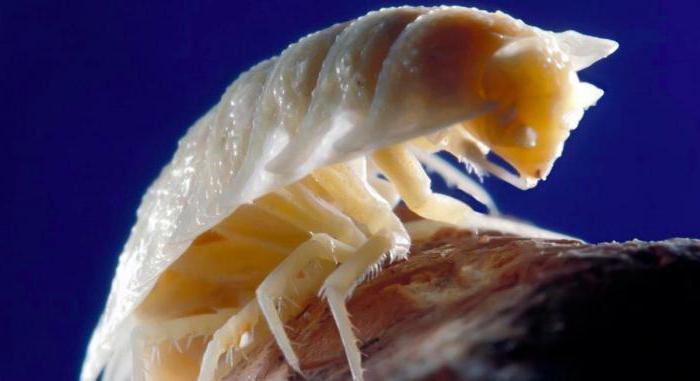 However, one of these theories is gaining more acceptance. According to the theory; The creatures in the cave went deep into the cave to escape the cold during an ice age millions of years ago! With the subsequent geographical changes, the cave became a completely isolated place. For this reason, the creatures here got stuck in the cave and over time adapted to the harsh living conditions in the cave.

Nothing can enter from the outside, not even light… 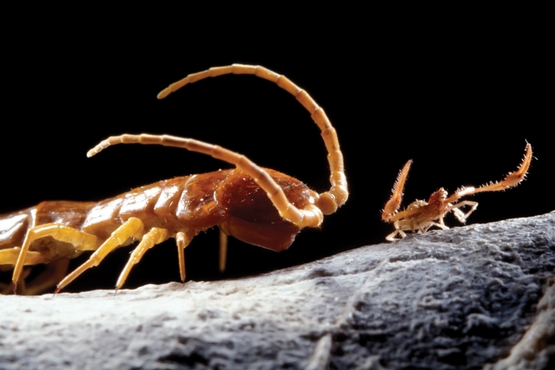 It is pitch dark inside the cave. For this reason, the living things here have adapted to this situation over millions of years. So the creatures in Movile Cave do not need light. As such, they don’t need eyes either. Almost all of the creatures here live without the ability to see. In addition, due to the pitch dark, the creatures here lack color pigments. For this reason, living things are born in a transparent or translucent form. Light, or rather the lack of light, has another effect on the creatures in the cave. Since the creatures in the cave do not have the ability to see, they can determine their direction with the antennae on their bodies. But because they’ve been in the dark for millions of years, these antennas are much longer and more sensitive than their “outside” counterparts.

We are not exaggerating when we say that nothing can enter from the outside, there is no food source besides light in the cave! 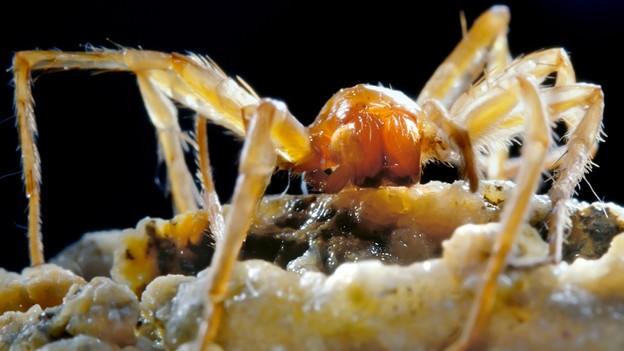 So how do the creatures here continue their lives? These creatures, which are firmly attached to life, have found a way for it too! Thanks to a bacteria species living in the lake at the bottom of the cave, they manage to create a food source for themselves. While the bacteria produce food, they use the poisonous gases inside the cave. Because there is no other option! The air of the cave contains half as much oxygen as the air “outside”. The carbon dioxide level is 100 times higher than outside!

Movile Cave contains many mysteries that have not yet been discovered. 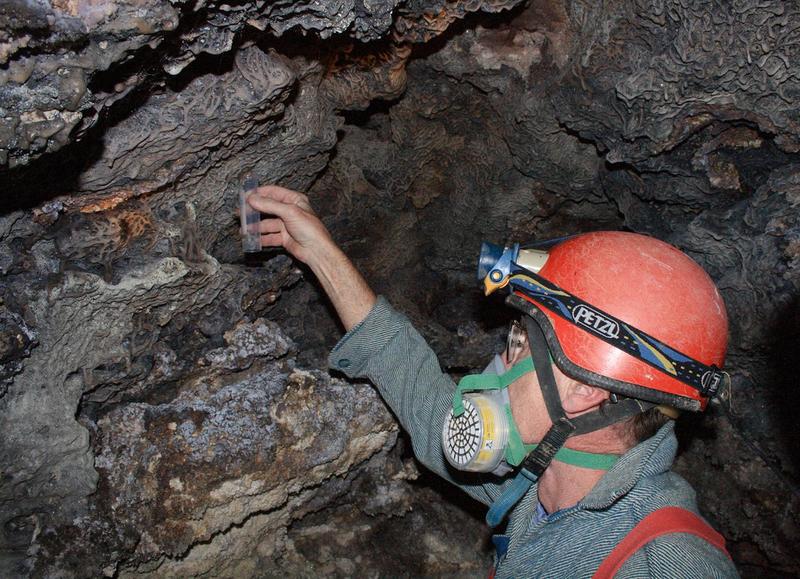 The cave is full of secrets waiting to be discovered, as it looks like it’s from another planet and is covered with a good insulating material. Scientists think that the atmosphere in the cave is similar to the atmosphere in the early days of the earth. For this reason, it is believed that research in Movile Cave may reveal more information about the formation of the world. However, even what is currently known about this “extraterrestrial” cave and ecosystem is enough to astound people…