Kendall Jenner had one of the looks that marked the Vanity Fair party after the 2022 Oscar ceremony. Kendall, who prefers Balenciaga from head to toe like Kim Kardashian, assertively carried the second appearance of the brand’s 2022 Spring / Summer collection to the red carpet. Dress consisting of lace, matte and transparent frills; Again, sunglasses from the fashion house were completed with a tight ponytail and simple make-up, resulting in a youthful attitude. Balenciaga’s dress, which does not compromise on elegance, is one of the most striking pieces of the collection. Kendall Jenner and Balenciaga Reunion

Choosing a single silver ear-cuff and black leather boots as jewelry so as not to overshadow the magnificence of her dress, Kendall’s make-up was also far from exaggeration. Kendall’s beauty team has a principle in preparing for every big event; highlighting only one element and making it the star of the night. In this look, hair and make-up were kept simpler to make the dress the star of the night. Kendall’s hair is tied up in a tight ponytail by hair designer Jen Atkin; A simple but impressive make-up was applied to the model by makeup designer Mary Phillips. 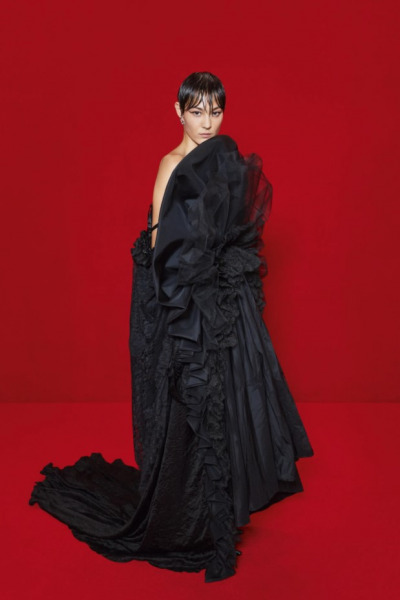