Is Russia preparing to invade Ukraine?

Tension over Ukraine continues to increase. The German Foreign Minister will visit Kiev today and Moscow tomorrow. The USA and its allies are making preparations over the possibility of war.

After the strategic talks between the US, NATO and Russia did not come to a serious conclusion last week, tensions over Ukraine continue to increase. In particular, the United States is taking steps to counterattack, making claims that Russia is preparing to invade Ukraine.

Evaluating the talks held in Geneva and Brussels last week, US President Joe Biden’s Security Advisor Jake Sullivan said that diplomatic talks would continue and said, “The possibility of a military conflict is huge.” US sources also claim that Russia has increased its military strength on the Ukrainian border to 110,000, and is preparing to shift its military power on the Asian side to the West. The Russian side, on the other hand, did not make a definite proposal to the USA and NATO on how the negotiations will continue in the upcoming period.

In these days when tensions are high, the new Foreign Minister of Germany, a member of the Green Party, Annalena Baerbock, will meet with her counterparts in Kiev and Mokova today and tomorrow.

On the Kiev leg of the visit, Baerbock will also meet with Ukrainian President Zelenskiy. Before the meeting, it was stated in the news in the German press that Baerbock would give a dialogue message in both capitals and propose the revival of the “Normandy Format”. Russia and Ukraine are also participating in the fourfold format initiated by Germany and France and are in direct talks. The Minsk Agreement, which was previously agreed between the four countries, included the granting of broad autonomy rights to end the war in the Donbass region in eastern Ukraine, which declared its independence in 2014. However, the Ukrainian administration refused to implement the agreement.

WILL GERMANY GIVE A WEAPON?
Before Baerbock’s visit to Kiev, one of the most written questions was whether Germany would provide military aid to Ukraine. Because Ukraine’s Ambassador to Berlin Andrij Melnyk, in a statement to the press, called on Germany to give Ukraine the weapons it needs. Baerbock had opposed direct arms sales during his election campaign. However, former Co-Chair of the Greens, Robert Habeck, who is today the Minister of Economy, visited the Eastern Front and called for weapons aid.

The previous German government also opposed direct arms sales, deciding that only small vehicles needed could be given away.

With the rise in tension, it is estimated that Ukraine’s demand for weapons will increase. However, it is stated that especially Prime Minister Olaf Scholz may not take kindly to this in order not to further strain relations with Russia.

Another important demand of Ukraine is that the Nord Stream 2 line, which will directly provide natural gas between Germany and Russia, is not put into operation. The issue is also expected to come up during Baerborck’s meeting with Zelenskiy and his counterpart, Dmitro Kubela. 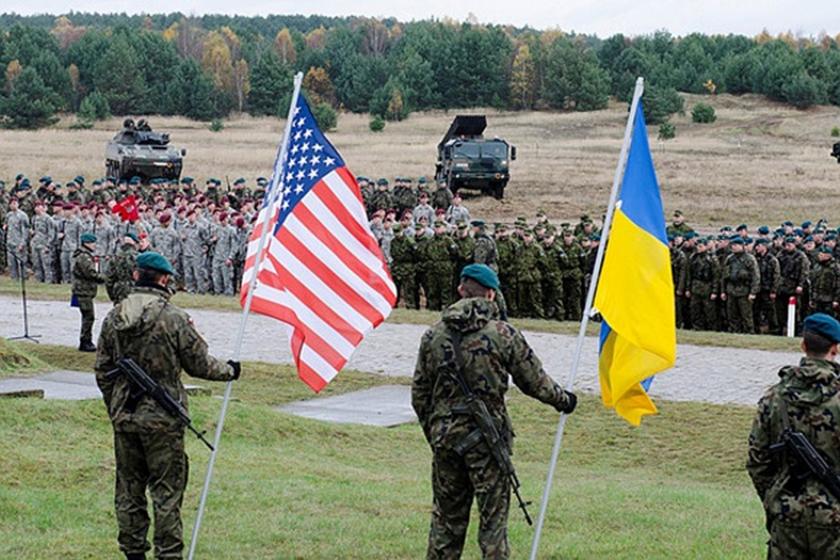 MOSCOW STOP IMPORTANT
The meeting of Baerbock, who is in favor of following a hard line against Russia on human rights and democracy, with his counterpart Sergey Lavrov in Moscow tomorrow is also important for the attitude of Germany and the EU. Russia last week requested written security guarantees from the United States and NATO and demanded that NATO’s expansion to the East be halted definitively.

US President Biden and other officials oppose such assurance. Germany, on the other hand, has not yet determined a definite policy. He only supported the policies of the USA within NATO.

US ENERGY MONOPOLIES PREPARE FOR WAR
With the full support of NATO, it has been stated today that in the event of a war between Ukraine and Russia, natural gas transportation will suffer the most. Speaking to the Süddeutsche Zeitung published in Germany, Yuri Vitrenko, head of the Ukrainian energy monopoly Naftogaz, said, “The first bombs will hit the gas lines if Russia attacks Ukraine. Thus, the flow of natural gas to Germany will stop,” he warned.

In another news of the newspaper, it was written that the US energy monopolies began to look for the pulse to transport natural gas to Europe in an emergency. Based on the Reuters agency, the report alleged that a foreign ministry representative had discussed with the energy monopolies the natural gas capacity that could be transported to Europe. It was also stated that the USA is far from meeting the need in the event of a cut in Russian natural gas.

Many assessments have been made before that the US’s policy, especially against the introduction of Nord Stream 2, is to sell the shale gas it has extracted in recent years to Europe.

WHAT WILL EUROPE DO?
In the face of increasing tension, fueled by the USA, it is estimated that Germany will increase the traffic in order not to spoil the commercial relations with Russia, so that the dialogue path is preferred. Baerbock, who previously advocated a harsh policy against Russia, is expected to take a step back in this regard. Friedrich Merz, who is expected to be the leader of the main opposition CDU, also called for the removal of Russia from Swift, the bank payment system, “This would be like an atomic bomb in terms of capital markets, goods and services relations,” and called for Swift not to be touched. It is also possible to see the warning of Merz, who is neoliberal and involved with US monopolies, as a warning of German capital.

However, it is not possible to say that all European countries are in this line. In a news-analysis in Süddeutsche Zeitung on January 14, it was written that the US, UK and France presented a discussion document (Non-Paper) at the NATO-Russia Council meeting. While it was stated that the document, the content of which was not mentioned much, was transmitted to Russia, it was claimed that it was handled by Russia as an attempt to gain time. Lavrov’s statement on the same day that “Russia cannot expect a permanent agreement” is interpreted as a response to this.

IS RUSSIA’S INVASION PLAN REALISTIC?
When we list the developments one after another, it clearly shows that Russia followed an aggressive policy, militarily and politically, in order to protect the spheres of influence it previously had in Ukraine. However, it does not seem realistic that this aggression is at a level to invade the whole of Ukraine. What seems realistic is that he included the Donbass region in his territory with a military raid, just as he did in the Crimea. It can be seen from today that Ukraine will consider this a state of war and push the button for war.

It would not be surprising if US President Biden announced in advance that they would not fight against Russia militarily in Ukraine, and Russia’s move to Donbass at a time when it remains unclear how much European countries would be involved in such a war militarily. It is noteworthy that Kremlin Spokesman Dmitri Peskov stated that the USA was spreading lies that Russia would invade a neighboring country and that they would protect their own lands amid all these discussions.