You’ve probably seen a piece of bread moldy from the edge to the edge at least once and thought of cutting off the moldy part and eating the rest. So does this idea really make sense, or does it not?

First, let’s say that molds are biologically in the same family as fungi. 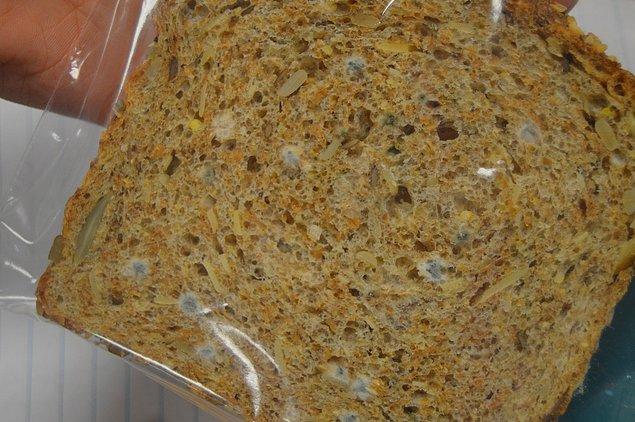 Already when you examine the mold on the bread under the microscope, you can see that it looks like a fungus with its stems and spores.

Mold spores form different colors on the bread due to their structure. 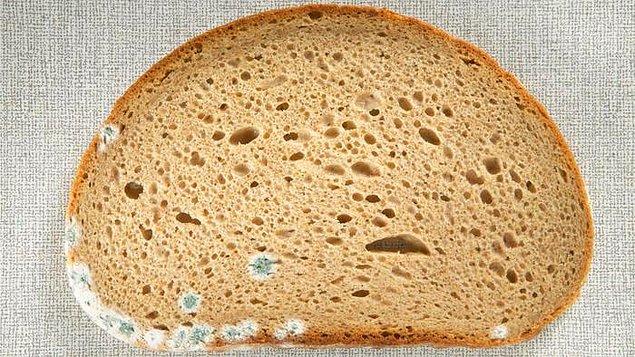 This is exactly the reason for that famous blue-greenish color.

When you think of mold, if you have a little interest in biology, you will immediately think of penicillin.

As a matter of fact, penicillin, a very important drug, is obtained from molds. This creates the perception that molds may not be so harmful. But it should be noted that there are hundreds of thousands of different types of molds, and some are actually deadly harmful.

Let’s come to the type of mold that occurs on the bread. 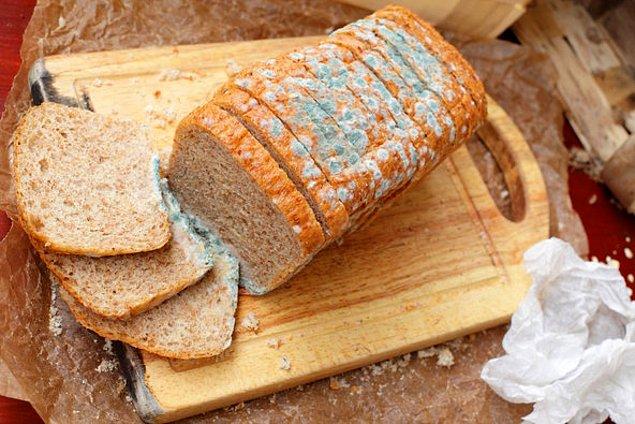 Molds that can cause breathing difficulties and allergic effects produce mycotoxins that can make humans and other animals sick. One of the most famous of these mycotoxins, aflatoxin; It occurs in or on bread, rice, cereals, and nut products.

Aflatoxin, which does not show its effect immediately, destroys the body’s immune system over time, causing damage to the internal organs and especially the liver.

So, is it a logical solution to cut off the part where the mold is formed and eat the rest? 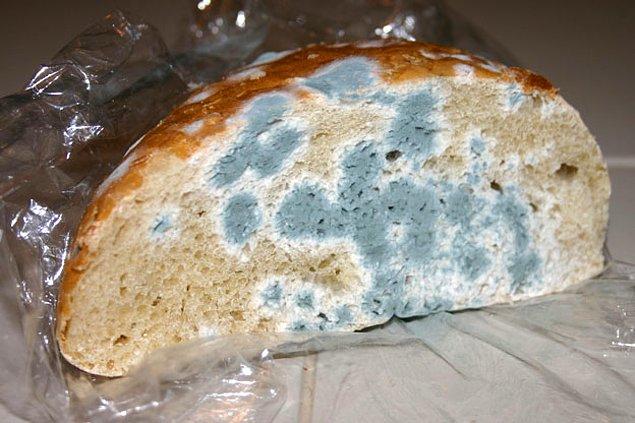 Unfortunately no. As a matter of fact, molds can reach the innermost parts of the bread with the help of their stems. Considering that roots are the places where mycotoxins, which can seriously affect health, are formed, we can say that even cutting and eating bread is quite dangerous. After all, the root parts are not visible to the eye, so it is impossible to understand how much of it has spread.

So if you only cut out the moldy part and ingest the rest, you’re consuming the invisible part of the iceberg. 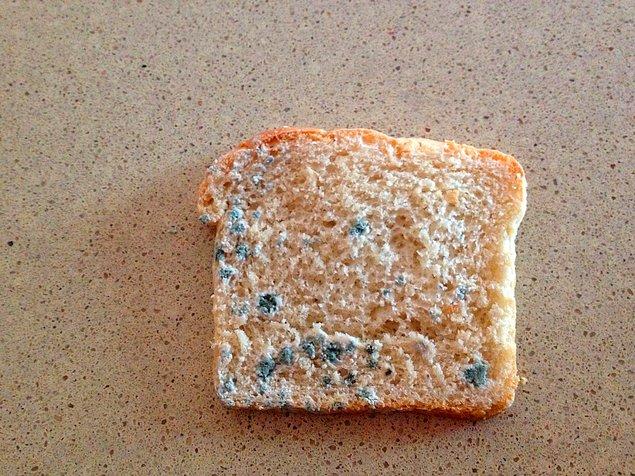 According to experts, the mycotoxins formed by molds over time collapse the body’s immune system, cause damage to the internal organs and liver, cause edema, vomiting or abdominal pain, and even invite serious diseases such as fat in the heart and kidneys or cancer. Apart from that, you can fall into a coma or even die straight away. The situation is serious, you know.

In the same way, cutting out the moldy part is not a solution for molds in tomato paste and cheese. 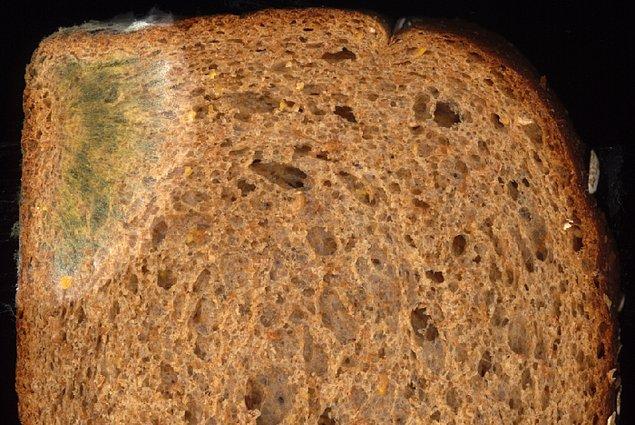 As we said, molds spread their disease-causing mycotoxins to the lower layers with their roots. The soft texture of tomato paste and bread also makes their work easier, and there is the same risk in soft cheeses. But if the cheese is hard, you can cut the moldy area a little wider and consume it. Likewise, there is no problem with specially molded cheeses, they are produced using special mold types.

“I cut and ate that part of moldy bread or cheese before and nothing happened?” 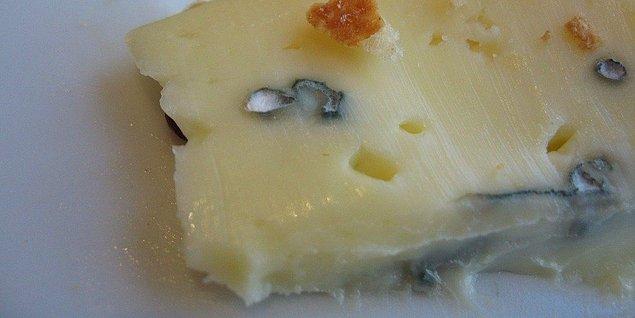 This could mean two things:

1) The mold did not show its effect right away, but if you repeat this behavior frequently, it is possible that you are accumulating the poison in your body, and it can cause serious problems in the long run.

2) Since you were a very lucky person, the type of mold in the food you ate did not produce aflatoxin. You may not be so lucky next time.

In short, mold is no joke.