Nokia Corporation (Finnish: Nokia Osakeyhtiö, Finnish pronunciation: [ˈnokiɑ], British English pronunciation: [ˈnɒkiə], American English pronunciation: [ˈnoʊkiə]), (stylized as NOKIA) is a Finnish multinational corporation founded in 1865 technologies, telecommunications company. Nokia is headquartered in Espoo, Uusimaa, in the Helsinki metropolitan area.In 2014, Nokia employed 61,656 people in 120 countries, did business in more than 150 countries and reported annual revenues of approximately 12.73 billion Euros.Nokia is a public limited company listed on the Helsinki Stock Exchange and the New York Stock Exchange. It is the 274th largest company in the world by revenue measured in 2013 according to the Fortune Global 500 and is a component of the Euro Stoxx 50 stock market index.

Established primarily as a pulp mill, the company has entered various industries during its 151-year history and currently focuses on large-scale telecommunications infrastructures and technology development and licensing. Nokia has made a significant contribution to the portable phone industry by helping develop the GSM and LTE standards and was for a time the world’s largest mobile phone vendor. Nokia’s dominance also extended to the smartphone industry via the Symbian platform, but eventually overshadowed by its competitors. Nokia reached an agreement with Microsoft in 2011 to use only the Windows Phone operating system in its future smartphones. The mobile phone business was ultimately acquired by Microsoft for a total value of $7.17 billion.Stephen Elop, former Chief Executive Officer of Nokia, and several other executives joined Microsoft’s new Microsoft Mobile organization as part of the agreement, which was completed on April 25, 2014.

Since mobile phone sales, Nokia began focusing more on the telecommunications infrastructure business and internet networks in 2016 with the divestment of HERE Maps and the acquisition of Alcatel-Lucent. On January 8, 2017, it announced the Nokia 6 phone for the Chinese market. The extreme interest in the phone strengthened the company’s hand, and the company announced that it would launch the phone globally. On January 26, 2017, it introduced 3 different mid-segment smartphones (3,5,6) and the refurbished version of the legendary 3310 at MWC. Nokia has been the world’s third largest manufacturer of network equipment since 2018. 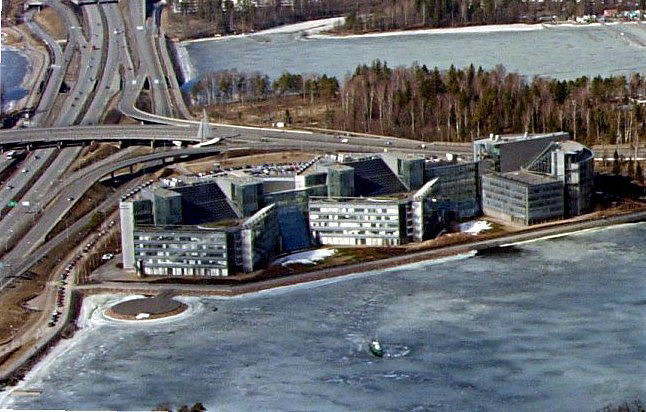 The origins of the company date back to 1865, when a forest industry enterprise in South West Finland was founded by mining engineer Fredrik Idestam.

In 1868, a second pulp mill of his own was established near the town of Nokia, near Tampere. In 1871, Idestam, with his friend Leo Mechelin, founded a company called Nokia after a second pulp mill. For the next 90 years, Nokia would become a forest and energy industry company in its own right, with activities such as electricity generation.

Finnish Rubber Works Ltd was established elsewhere in 1898 and Finnish Cable Works started its operations in 1912. Finnish Cable Works produced telephone and electric cables, while Finnish Rubber Works produced slats and other rubber products; Starting from the 1930s until the early 1990s, Nokia also prepared respirators for both civilian and military use.[15] The ownership of these two companies and Nokia gradually passed into the hands of a few people. Finally, in 1967, the three companies merged to form Nokia Corporation. The current President and CEO of Nokia is Rajeev Suri.

From 2014 to present
On November 18, 2014, Nokia introduced its first tablet independent of Microsoft, the Nokia N1.

Nokia, which was transferred to Alcatel Lucent Nokia on January 6, 2016, was shown to gather under one roof on January 14, 2016 as the main reason for the change; Alcatel-Lucent dissolved itself and merged with Nokia.[21]

On May 19, 2016, Microsoft announced that it sold its mobile division and patents from Nokia to foxconn.

On the same day, Nokia announced on its official website that with the brand use ban that will expire in the last quarter of 2016, together with the Finnish company HDM, it will license the brand name to the company for 10 years and return to the smartphone and tablet market. Nokia will not be in the marketing production area of ​​this phone production and will only be involved with a seat in the management

On July 12, 2016, it was claimed that Nokia would enter the virtual reality and health sector.