How Do You Protect From Nuclear Radiation?

Bend over and take cover? The more you go in and stay there…

Residents of the Russian city of Severodvinsk witnessed a massive explosion on August 8, 2019. Experts around the world trying to decipher exactly what happened had suggested that the explosion was caused by a nuclear reaction that took place while the wreckage of a nuclear cruise missile called Burevestnik was being salvaged.

The explosion, which killed five scientists, also covered the nearby area with dangerous levels of radiation. The world may witness the testing of more and more nuclear weapons, with the Intermediate-Range Nuclear Forces treaty limiting weapons testing broken down earlier that same year. These tests also increase the likelihood of accidents and exposure to radiation.

Anyone who watches HBO’s Chernobyl mini-series will know that even in completely peaceful scenarios, huge amounts of radiation can be emitted. The next disaster is perhaps the result of engineering and human errors, as in Chernobyl. Perhaps natural disasters lead to a nuclear accident; just like the earthquake that caused the core meltdown at the Fukushima Daychi Nuclear Power Plant in Japan in 2011…

The extent of the danger

The odds of a nuclear event affecting you may seem very low. But the most likely scenario is exposure to radiation from a nearby source. So, find out if there is such a resource nearby. Those who live near a uranium mine or a radioactive area probably know about it.

The same goes for commercial nuclear power plants. If you live within 16 kilometers of a power generating reactor, you are in an “emergency planning zone”.

Edwin Lyman, a physicist and nuclear energy safety expert at the Union of Concerned Scientists (UCS), says if something goes wrong with a reactor, the effects will be much wider. Some experts state that anyone within 80 kilometers of a nuclear power plant or research facility should be prepared to take immediate action.

“You can’t expect industry or government agencies to fully assess the possible outcomes because they just cover up the events they’re really worried about,” Lyman says. “That puts people at risk.” The U.S. Nuclear Regulatory Commission, which has a long history of friction with UCS, disputes Lyman’s claims and says the agency has strict guidelines for notifying people in less than an hour if a major incident occurs at nuclear power plants or research facilities around the country. “The view that the NRC is preventing the public from learning about events at nuclear power plants is not correct,” said Scott Burnell, the commission’s public relations officer.

Either way, it’s not hard to see if you’re closer than 80 km to a nuclear reactor. While it may be a little more difficult to determine if there is a weapons or enrichment facility nearby, it is not impossible. Most weapons assembly and research facilities, such as the Idaho National Laboratory in the US, are located in relatively isolated areas and are not open to the public. While what they do is purely a matter of national security, their existence is not a state secret.

It’s much easier to know if you’re in an area that could be the target of a nuclear weapon: If you live in a populated area or where important military installations are located, you’re in that area.

Understanding the danger you’re in doesn’t mean we should all rush to build a nuclear bunker and stockpile Geiger counters. Still, it’s important to know how to respond. The probability of a nuclear disaster may be low, but the cost is enormous.

Alex Wellerstein, professor and nuclear weapons history expert at the Stevens Institute of Technology, said: “There are events that will never happen, but if they do, the extent of the damage they will do could be catastrophic in human, economic and social terms.” 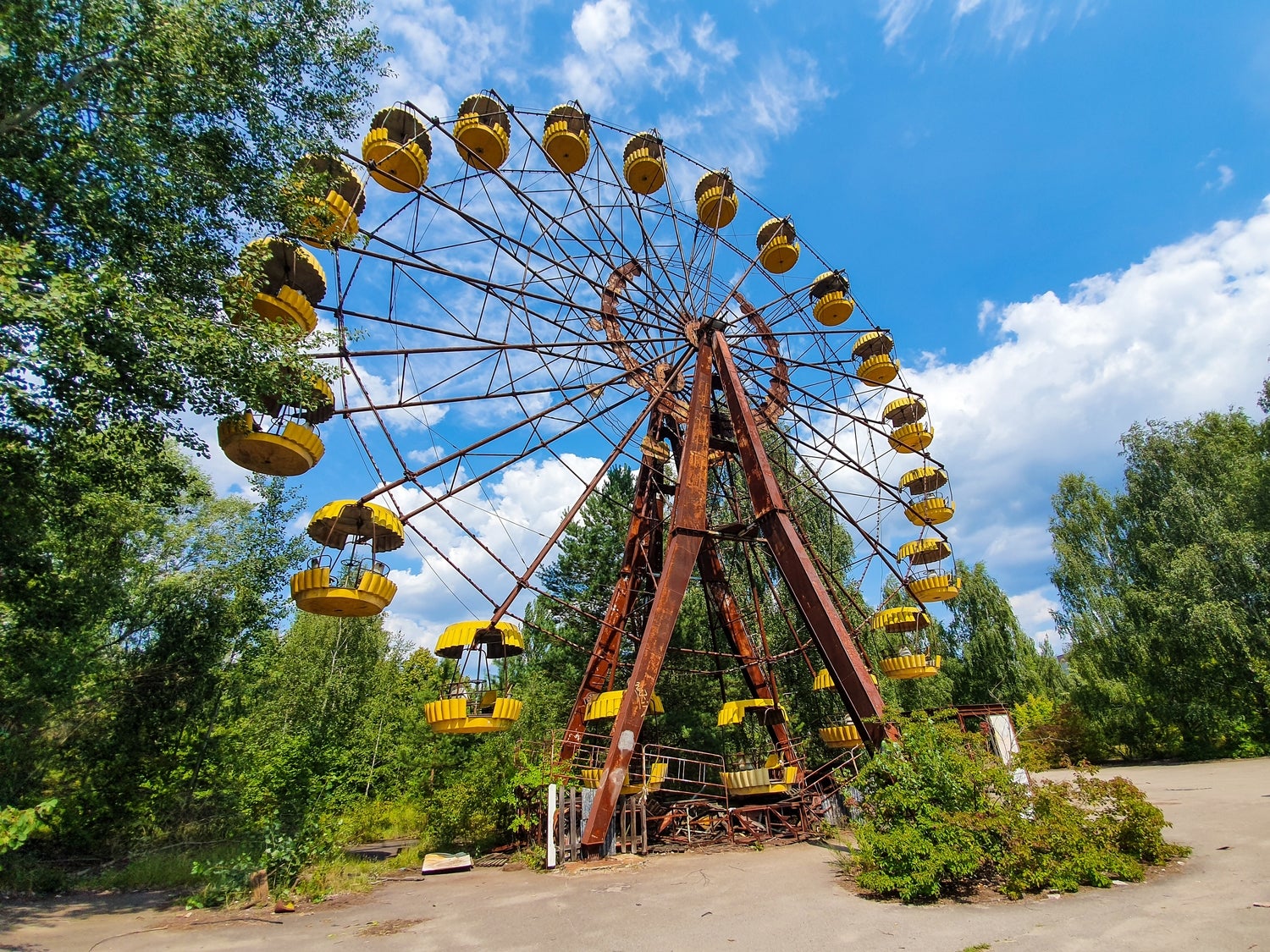 The first rule of thumb in most natural disasters is to get information and follow local government’s instructions. But according to experts, government officials may not be the best source of accurate information and appropriate action in the event of a nuclear threat. As the Russians showed in the case just mentioned, the essential features of all nuclear weapons programs (including that of the United States) are secrecy and cover-up. According to the experts contacted for this article, there is an obligation to downplay the scale of commercial accidents; authorities are trying to avoid causing public panic and protect the industry’s reputation at the same time.

This means that it is largely up to you to protect yourself. Preparedness and awareness are key. But if you’ve just moved home and you don’t have many unboxing items, there are some precautions you can take to reduce your risk of exposure to radiation and (hopefully) your chances of getting a radiation sickness or cancer.

Radiation is energy: A radioactive object or a nuclear event scatters waves and particles. Anything greater than 50,000 millirem can begin to kill cells (the average American absorbs 620 millirem each year).

In short: nuclear events are brief but incredibly dangerous; radioactive objects are more common, but not as threatening. 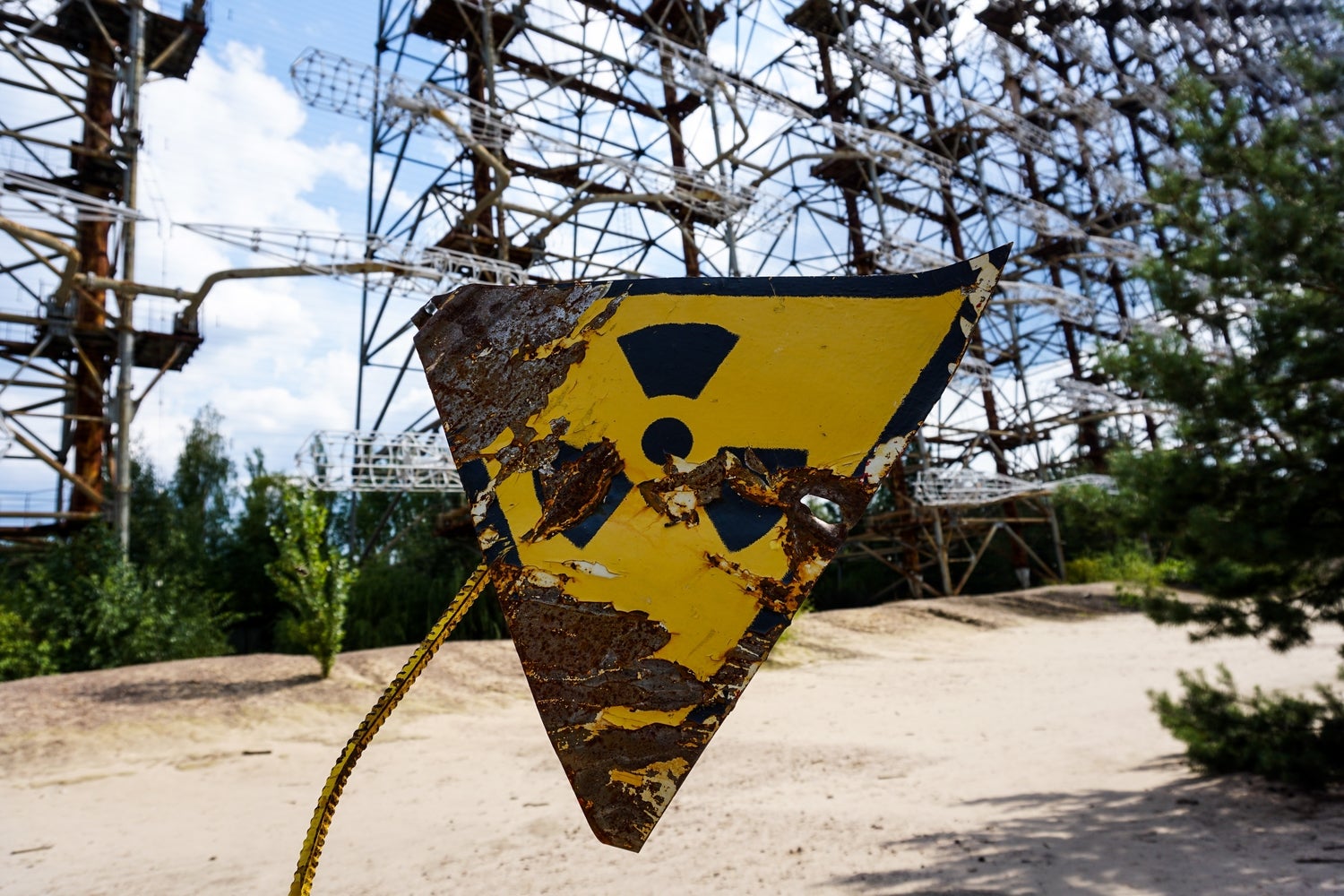 One of the direct precautions you can take when exposed to radiation is to pop a tablet of potassium iodide into your mouth (the U.S. Food and Drug Administration has some guidelines for this). If you live near a reactor, your municipality has stored a large amount of these, but not every municipality does. You can also buy it yourself. By taking a potassium iodide pill within the first few hours after an event, you can prevent too much radioactive iodine from being absorbed into your thyroid gland, but it won’t do much in terms of protecting the rest of your internal organs.

It may also be helpful to learn how radiation works. It’s invisible (you can’t see, smell, or taste it) but you can learn how it moves. Radioactive contamination travels by water or air, as by rain or steam. That’s why Wellerstein says to think of radiation like snow or ash and treat it the same way.

Get in and stay there

Even if you live in a large population center hit by about 10 kilotons of relatively low-impact nuclear weapons (smaller than the bombs dropped on Hiroshima and Nagasaki, but only a fraction of the nine-megaton Cold War-era bombs designed to destroy Soviet cities), you can survive if you act cautiously.

“If you’re very, very lucky, of course,” says Ferenc Dalnoki-Veress, a professor in the James Martin Center for Non-proliferation Studies at the Middlebury Institute for International Studies.

If you’re not dead, on fire, or in a burning building (which are very likely consequences of an imminent nuclear explosion), you have work to do.

Get in as fast as you can and stay there. For days if needed. 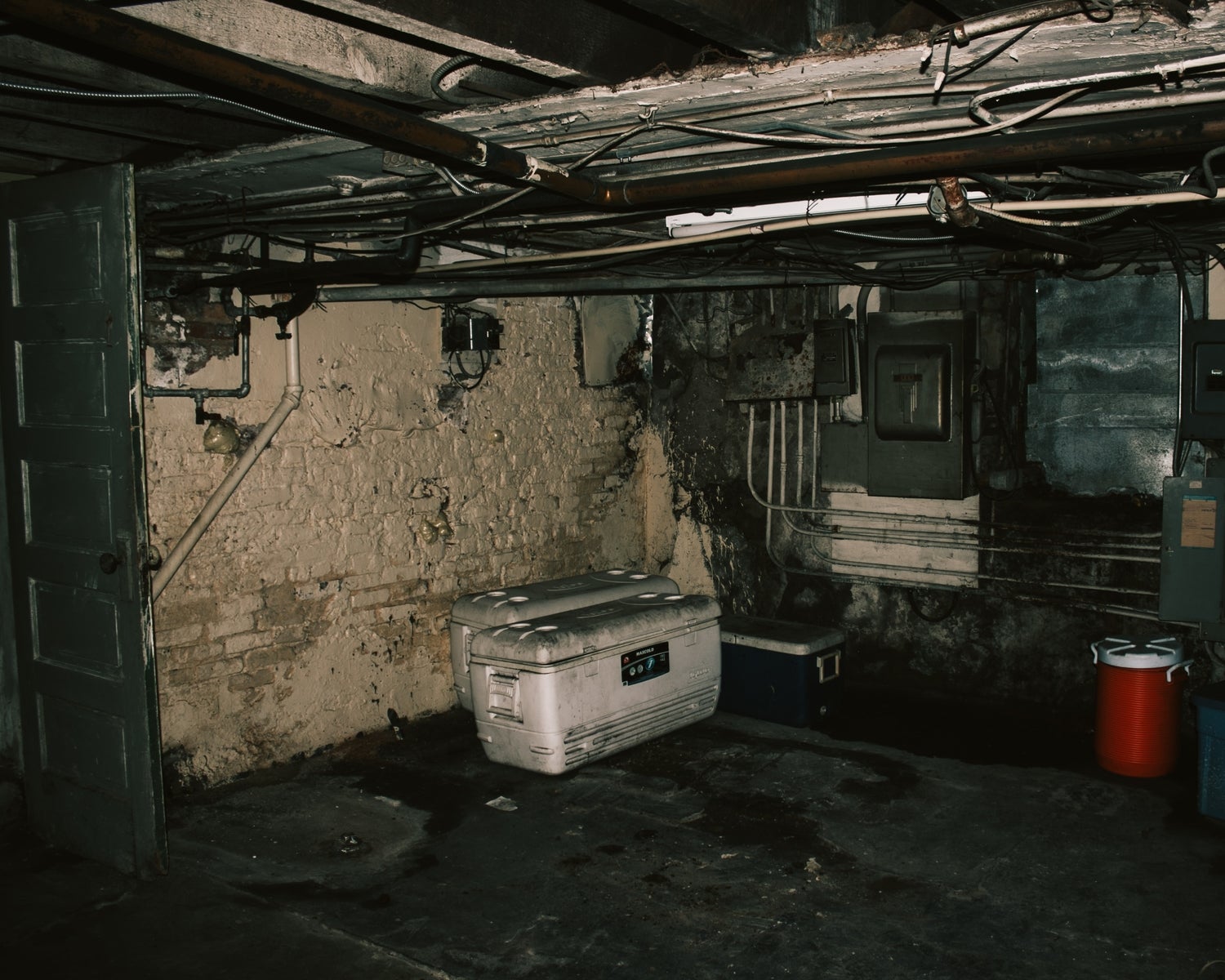 Places like schools and government buildings are the best places to seek shelter. These are more likely to be made of concrete, steel, and masonry, so they keep out ionizing radiation better (than, say, a wood-frame house). Even in small villages there are houses made of stone. The more insulation there is between you and the outside, the better. A room away from windows and doors is preferred instead of a basement, instead of a balcony.

Fortunately, the half-life of the most dangerous particles in a nuclear event is a few days; maybe a week. Accordingly, staying indoors for up to three days may be sufficient to significantly reduce the risk of exposure to a harmful or lethal dose; but you also need to store enough canned food and water for camping for a long weekend in the living room.

You need to do this just in case: Experts say you should be prepared to survive on your own for up to 72 hours after a disaster; that is, as long as it takes for the authorities to assemble an “official” response.

If you are outside at the time of the incident, you can reduce your exposure to radiation by doing simple activities such as washing your clothes and taking a shower. Radioactive material that irradiates harmful alpha, beta and gamma particles into your body can be attached to clothing or skin, but can be cleaned by washing. If you are someone who takes off their shoes before entering the house and follows the dust and dirt around, you are one step ahead. 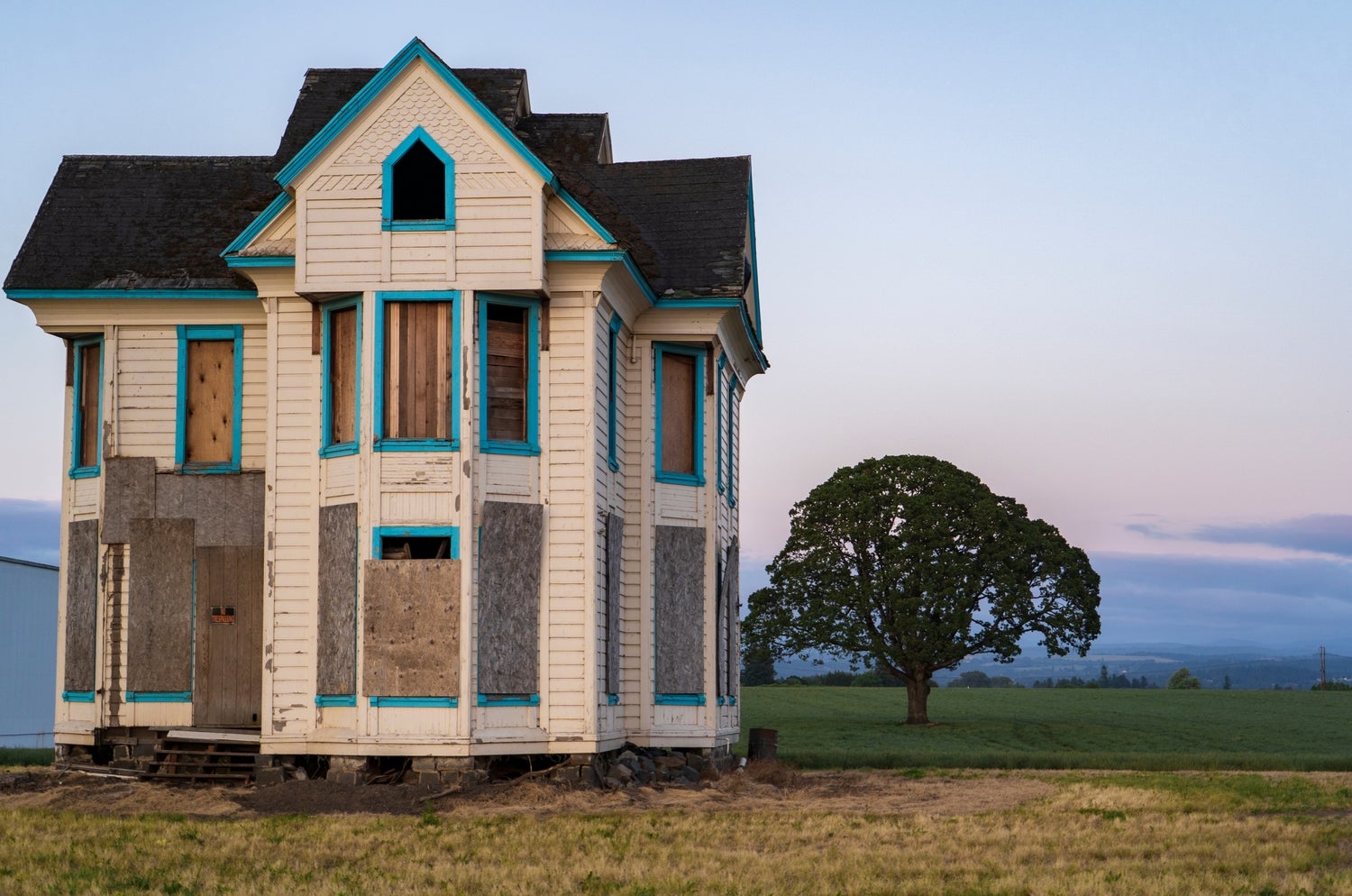 Of course, a wood-frame house with air-permeable windows and cracks in the walls is not a very good shelter. But you can improve the shelter a little bit by staying away from things that get air (or radiation) or turning them off. Even something as simple as covering a window with a sheet or placing plywood on top of a door can make a difference.

“Any distance you can put between yourself and the event, everything; even just air or even a few centimeters of wood will absorb some of the radiation so you get a much lower dose,” says Wellerstein. Even if the radiation levels are seriously high, you can reduce them by a factor of 10; therefore, instead of an increased risk of both cancer and radiation poisoning, your risk of cancer may be only slightly increased. Better!

Prepare and decide to leave

Now that you’re indoors and away from windows with your new clothes on, you need to decide how long you’ll be staying and whether your location is safe.

If you receive an evacuation order from the local authorities, you should heed it, but be aware that such orders are sometimes given early, not at all, or too late. Nuclear events can be incomprehensible and confusing, as they are both rare and catastrophic; A wrong response that creates mass panic can be worse than the event itself. “It’s really hard for a government to figure out what needs to be done,” Wellerstein says.

This leaves you with the responsibility of deciding whether to stay in your place or seek shelter elsewhere. Whether you choose to wait for an official release or not; keep in mind that after an event you may still have to wait at least 72 hours before going out again. However, if you have reliable information that a radioactive cloud is coming your way, you may choose to make a more reasonable decision and pick up your belongings and go.

When the radioactive cloud has passed, don’t bother with the vineyard that year. Do not eat things that have been left outside, and do not wear any hanging laundry during the event. Because they may all be contaminated with radioactive material, eating or wearing any of them could place a radiation source directly on or inside your body, increasing your chances of receiving dangerous doses of radiation.

All of these are viable options to protect yourself if the nuclear incident is not too big, and cannot be compared to nuclear weapons on a full scale. If the latter happens and you manage to survive the explosion, civilization will most likely have collapsed and you will need a lifetime of DIY manuals to rebuild civilization and survive in a post-apocalyptic hellscape.