Yellow, which is one of the first colors that comes to mind when beauty is mentioned, has become a symbol of love and angelic beauty by integrating with gold and blonde. It can be said that the color yellow, which has been a popular beauty image since ancient cultures, derives its value from the brightness of the sun.

The association of yellow with the perception of beauty brought about the symbolization of holiness with blond hair, especially in Ancient Greece and Rome. 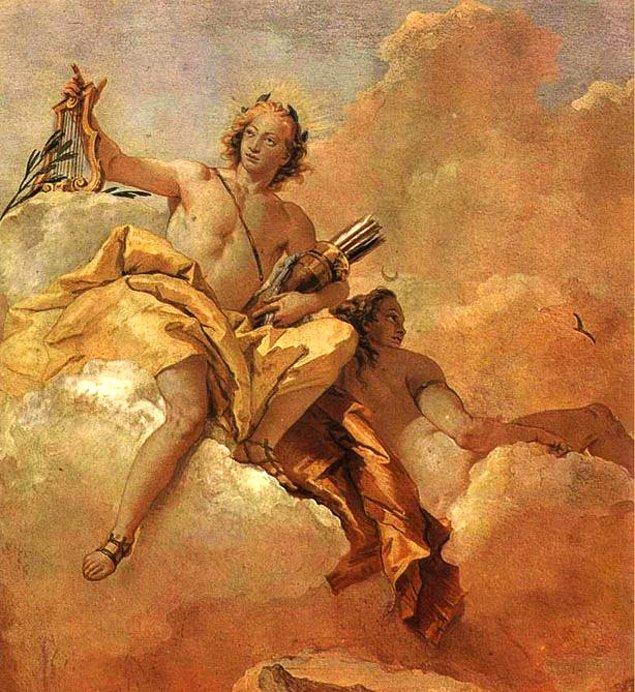 According to ancient Greek mythology, Helios, the God of the Sun, and Apollo, the god of all arts, were identified with his golden hair. It was believed that Helios, who was famous for his bright yellow clothes, rode in a golden chariot pulled by four horses that blazed in the heavens. It has become a trend to dye the hair blonde or wait for the hair color to lighten under the sun, since it is attributed to having golden blonde hair.

In addition, the goddess of beauty Aphrodite in Greek mythology and Venus, the goddess of love in Roman mythology, the Virgin Mary and other sacred characters were always depicted as blondes in Renaissance paintings. 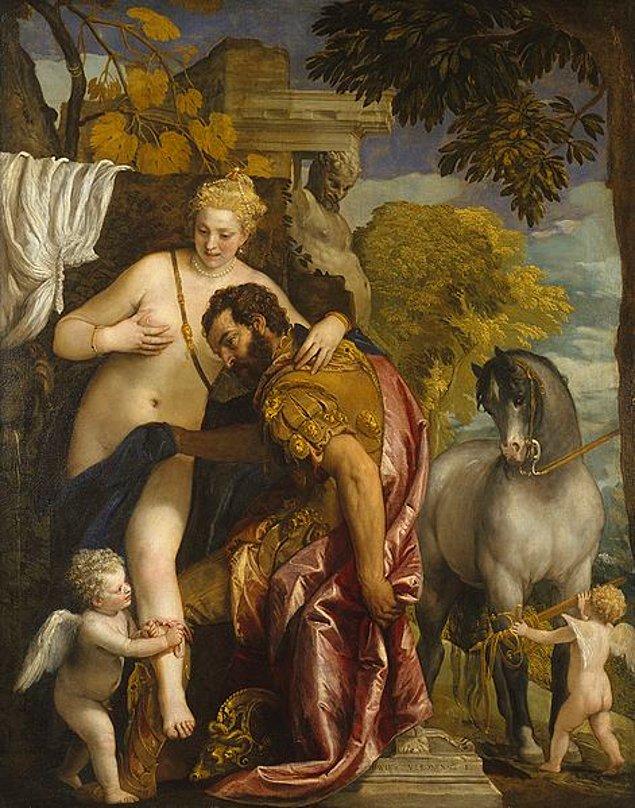 The fact that golden blonde hair, which symbolizes divinity, is perceived as important and special, has caused natural blondes to draw attention and to come to the fore in the definition of beauty. In this period when there was no synthetic hair dye yet, women with dark hair tones tried to lighten their hair and have a hair color as close to yellow as possible in order to benefit from this perception of beauty; For this purpose, they used the water of yellow flowers or harmful mixtures such as potassium water, taking into account the damage of the yellow flowers within the framework of the possibilities of the period.

Contrary to the identification of blondness with holiness in ancient Greece and Rome, blond hair was also a symbol of women working as prostitutes in the Roman Empire for a while. This identification stemmed from the fact that these women, selected from among the slaves brought to Rome from Gaul, Britain and Germany, were usually naturally blonde. In order to distinguish them from Roman women, who mostly had dark hair, it was legally required for women working as prostitutes to have blonde hair in this period.

On the other hand, interest in blonde hair increased due to the beautiful hair of female slaves; In a short time, it attracted the attention and admiration of not only men but also noble women. Roman women began to dye their hair lighter colors using infusions made from saffron flower. In fact, some women preferred to wear yellow wigs, which were made by cutting the natural long blond hair of slave women, instead of using these dyes, because dyes and bleaches caused permanent damage to their hair.

The Color of Betrayal Blonde Hair 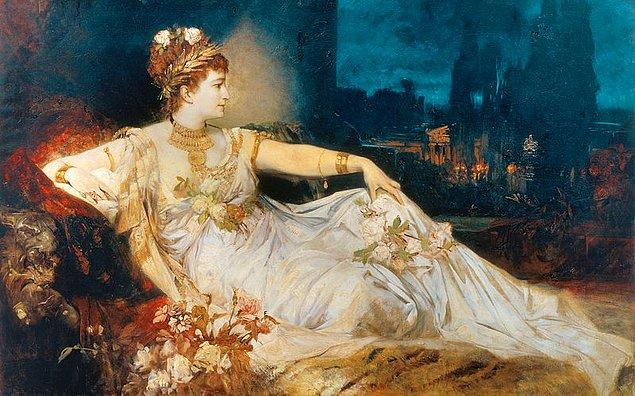 The world-renowned anthropologist and zoologist Desmond Morris, in his book “The Naked Woman”, reports how blond hair, which ceased to be the color of prostitutes, turned into the color of “immorality”, “sinfulness” and “betrayal” as it became widespread among noble women.

According to Morris, after the prostitutes were required to have blonde hair and were licensed and taxed, the nymphomaniac third wife of Emperor Claudius (BC 10-AD54), Valeria Messalina (AD 17-48), wore a yellow wig at night and sneaked out of the palace. He starts to run away and comes back in the morning. The Empress, who had intercourse with men she did not know in the places she went, was also known by the nickname “Lycisca (Wolf Girl)”. His sex-filled life, which he continued by hiding his black hair with a yellow wig, attracted the attention of many. Although there are not enough historical references, it is claimed in some sources that Empress Messalina even ran a brothel. It is said that sex parties are also held for upper class women in the brothel allegedly operated by Messalina, who is said to use her sexuality to maintain her political power and control politicians. Women attending these parties wore yellow wigs imitating Messalina and had sex with other men by hiding their identities.

The extraordinary life of the Empress was not limited to this, in fact, it was recorded in the historical records that she remarried with one of her lovers while she was married to Emperor Claudius. This brave polygamy of the Empress cost her her life with the death sentence given by Emperor Claudius. Thus, blond hair, which was identified with innocence and divine beauty in Antiquity, was associated with sinfulness and immorality after the example of Messalina.

“Real blondes” are still seen as innocent, while “fake blondes” who try to turn their hair blonde with dye or wigs are considered sex-loving. “Fake blondes” who go to great lengths to be blonde have been referred to as “blonde bombshell”, “sex enthusiast”, “dumb blonde” and “fancy woman” in many periods of history.

Nymphomania is also known as the Messalina Complex, with reference to its historical precedent.

Symbolizing gods in Ancient Greece and women working as prostitutes in Ancient Rome, blond hair gained a new representational dimension in the middle of the Middle Ages. 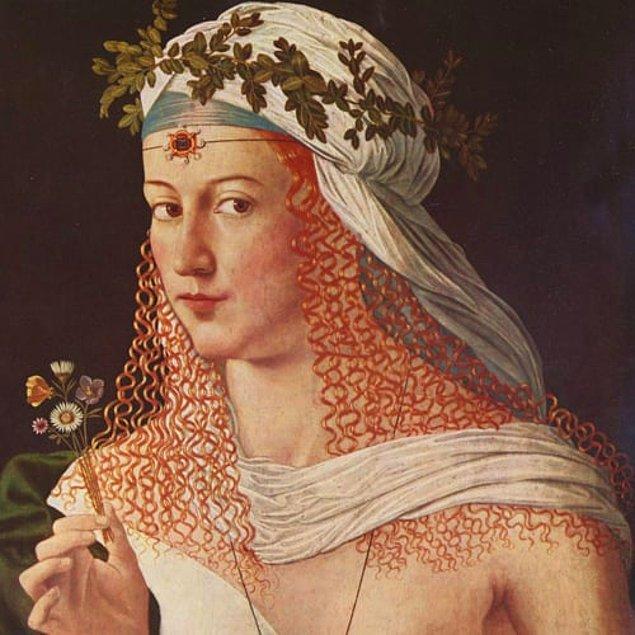 In the Arthurian legends, which are especially about the stories of chivalry, both female and male heroes stand out with their different images, separating them from the rest of the society with their golden blonde hair. In the works of different writers of the Middle Ages, blondness was an important beauty criterion for both men and women, and a positive image was created for the reader with the blond hair in various tones in different characters in these works. The blonde hair in these works emphasized youth, kindness, beauty, nobility and charm.

By the end of the Middle Ages, the fashion for blond hair among men decreased and began to leave its place to brown and black hair. In today’s cultural and social life, blonde is mostly identified with women. 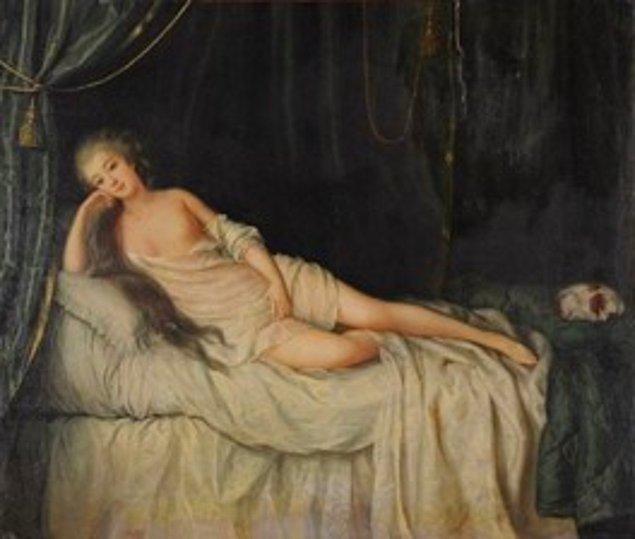 Although the origin of the dumb blonde stereotype is unclear, cultural historian Joanna Pitman has linked the first dumb blonde to be Rosalie Duthe.

Rosalie Duthe was born in France in the mid-18th century. Although she was sent to the monastery by her family when she was a child so that her well-known beauty would not cause trouble, this situation did not prevent Duthe’s beauty from being noticed by the high society of the period. She leaves the convent under the protection of a wealthy married Englishman and becomes his lover. Due to the fact that her lover is from a high society class, she starts to appear frequently in these environments and is known as the “most beautiful girl in Paris” with her long, shiny, sparkling blond hair. In the next period, Rosalie Duthe also had love affairs with other men belonging to the powerful and wealthy elite of the period.

Rosalie is called the first dumb blonde because she paused for a long time before speaking. It is a question of whether he is silent because he has nothing to talk about or because he thinks before speaking. As a result, although she is beautiful, she has difficulty in conversation and cannot express her ideas well, so she begins to be called “stupid” in the sense of beautiful but empty of mind. Considering her luxurious life and the wealth she has acquired, it cannot be said that she deserves the title “stupid”.

Men Love Blonde! The name that the blonde identifies with: Marilyn Monroe

The fate of Marilyn Monroe, whose real name is Norma Jean, changes when she dyes her brown hair blonde for a shampoo company while posing as a model for different brands. Platinum blonde curls, heavy make-up, prominent eyelids, and the sensual, seductive expression in her smile make her the most beautiful blonde in the world by many. Over time, it becomes a symbol of stereotypical mythological perfect beauty. He gained worldwide fame with the movie “Men Like Blondes” directed by Howard Hawks and starring Jane Russell, Marilyn Monroe and Charles Coburn. The character played by Marilyn Monroe in this movie has engraved the relationship between stupidity and blonde in everyone’s memory.

While blonding has become a major fashion trend over time, the study titled “The case against tipping” published in The Economist magazine in 2015 revealed that blonde waiters were observed to receive more tips than others. In another study conducted by David W. Johnston (2010) in Australia, it was noted that the salaries of blonde women were 7% higher than those of dark-haired women, and that blonde women married men with higher incomes.

In a study conducted at Augsburg University in Minnesota in 2018 with the participation of 110 men, men were shown photos of many women and asked which ones they found more beautiful. Although they were actually the same women photographed with different colored hair, 76% of men stated that they found blonde women more beautiful.