Galileo Galilei was born on February 15, 1564 in Pisa, Italy, and died in Arcetri, Italy, on January 8, 1642, at the age of 77. He worked in the fields of Astronomy, Physics and Mathematics and made very important breakthroughs for modern physics. It has a great place in the scientific revolution of the Renaissance Period.

Who is Galileo Galilei?

Galileo Galilei is an astronomer. He is known as the father of modern physics. He made important contributions to the development of science in the Renaissance period. He made important studies such as the telescopic study of Venus and the discovery of the moons of Jupiter. He defended the heliocentric system and wrote works on it. However, he was tried by the Inquisition and forced to renounce his ideas. He was also sentenced to house arrest.

Vital
Galileo Galilei was born in Pisa in 1564. It is named after his great-great-grandfather, Galileo Bonaiuti, who was a doctor, politician and university professor, who lived in Florence between 1370-1450. Galileo in his youth with his father’s encouragement in Pisa

He started to study medicine at the university. However, Galileo, who later turned to mathematics and natural philosophy, also worked at the Accademia delle Arti in Florence and was intertwined with art. Galileo, who became the Head of the Department of Mathematics at the University of Pisa in 1589, later taught geometry, mechanics and astronomy at the University of Padova until 1610. During this period, he made many discoveries and inventions in basic and applied sciences. 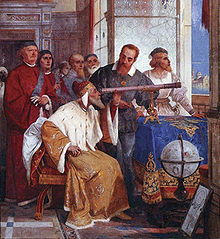 However, these views of Galileo reached the Roman Inquisition. The most important accusation against Galileo was that he tried to reinterpret the Bible and was considered a stance against the Council of Trent. Upon this situation, Galileo went to Rome to defend himself, his heliocentric views and his biblical ideas. However, Rome pressured Galileo to give up and not defend his ideas. Afterwards, Galileo remained silent on the subject for 10 years. After that, he was allowed to write a book on his ideas. However, he was again found guilty of heresy by the Inquisition and sentenced to house arrest.

During this period, Galileo compiled his previous works and put forward his “Two New Sciences”. In this work, Galileo wrote explanations on kinematics and the force of matter. With this work, he is known as the father of modern physics. Galileo discovered Jupiter’s moons and named them Medici stars. However, later researchers named Galileo Moons in honor of Galileo.

In addition, by observing the phases of Venus, Galileo obtained important evidence for heliocentrism. Galileo also observed the rings of Saturn and Neptune. In addition to many astronomy studies such as the Milky Way and star observations, Galileo developed many instruments technologically. One of the most important of these is the telescope, but there is also a compass and microscope-like instrument for military use. 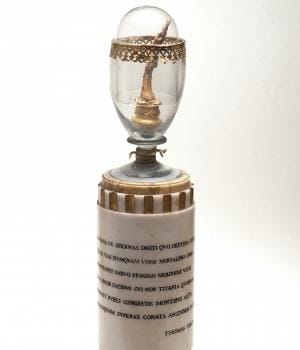