The James Webb Telescope, the most powerful space telescope ever developed, has reached an important milestone by capturing light from stars for the first time. But the images the telescope sends don’t look like the kind of footage scientists hope to uncover this summer.

This is because the 18 gold-plated hexagonal mirrors in the telescope are not yet aligned very well and essentially act as separate telescopes.

When astronomers point the observatory at a bright star, each of the mirror segments captures a different image of the object. The resulting images are poorly focused, amorphous images.

For example, one of these mosaics released by NASA looks like a dark sky sprinkled with 18 small dots. 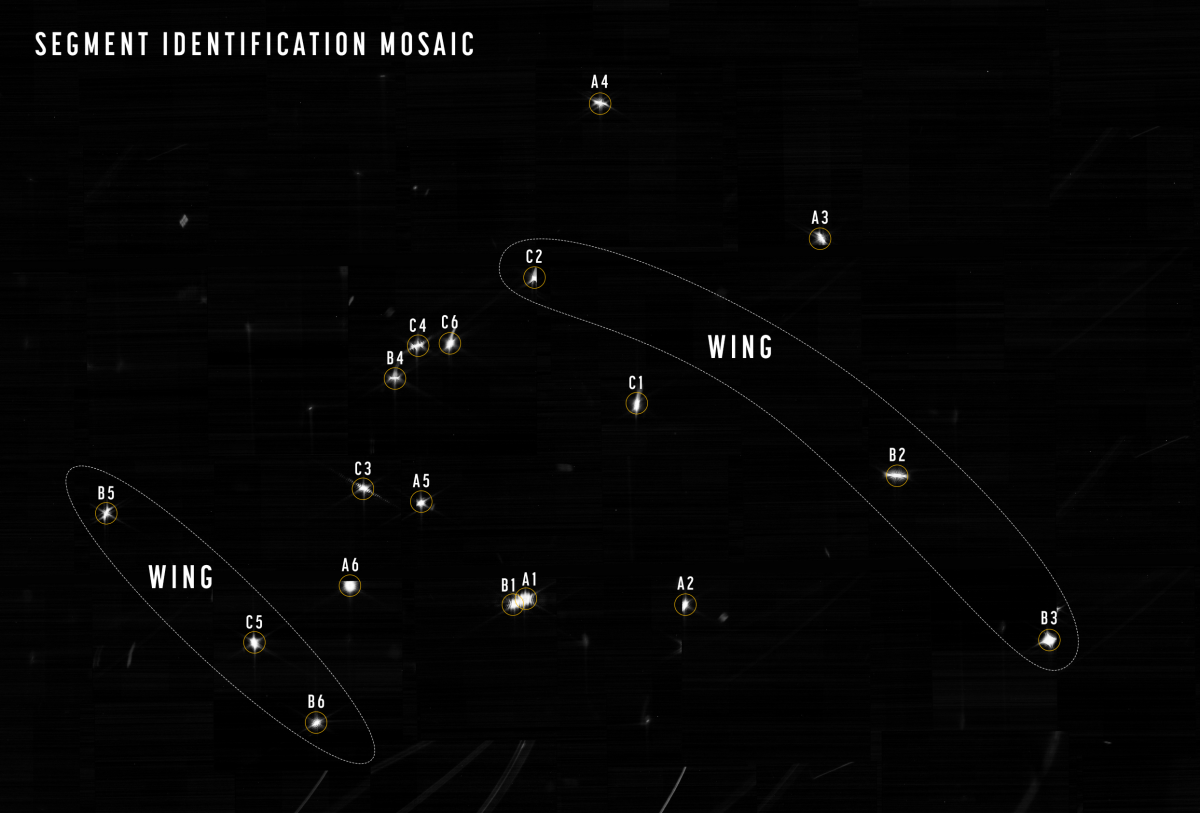 Images like these are incredibly important because the space mission scientists will begin to carefully adjust the position of the mirror segments, making the segments behave like a giant 6.5-metre-wide mirror.

“This incredible telescope has now opened not only its wings, but its eyes,” says Lee Feinberg, Webb’s optical telescope element manager at NASA Goddard Space Flight Center. Adding that the first results are in line with the expectations and the simulations carried out, Feinberg says, “Although it is early, what we have seen is very promising.”

So far, there has been no trace of a major flaw in the Hubble Space Telescope that caused trouble and astronauts went and fixed it. But Feinberg says they still have a lot of work to do. Some tweaking is expected in March, and until then, Feinberg says they can’t be sure everything is going well.

The first light on the telescope’s main imager, the near-infrared camera called NIRCam, came in the morning hours of February 2. Scientists who want to watch the light and celebrate also gathered at the US Space Telescope Science Institute.

“It is an indescribable feeling to finally see some light coming through the telescope for NIRCam’s detectors,” says Marcia Rieke, principal investigator for NIRCam. Rieke, a professor of astronomy at the University of Arizona, devoted 20 years of his life to this project. “This place had turned into a great feasting ground. Because the light had come and we were incredibly happy.”

The first images taken are a quick engineering check to see that nothing is blocking the light coming into the detector. “The views were beautiful; At least for someone who has worked on NIRCam for a long time,” says Rieke.

“It’s touching to see data in space, where there’s no gravity after all these years,” says Feinberg. “While we were in the room, people were very excited looking at the data. However, we are a little cautious because there is still work to be done.”

Despite all this, Feinberg reports that when he went home a few days after seeing the first footage, his wife said she saw him laughing for the first time since December. “We all had energy,” he says.

Launched on December 25, the James Webb Space Telescope has been under construction for decades. In fact, at one point it was so overbudgeted and so delayed that legislators in the United States Congress tried to shut the project down. The telescope is so large that a rocket has to fold it up to fit inside and then reopen it in space. The three-story building-high observatory is now parked in a special orbit around the Sun, approximately 1.6 million kilometers from Earth.

When the telescope is fully operational, it should be able to capture that faint infrared light that has been traveling through space for nearly all of the universe’s history and reveal what the first galaxies looked like after the Big Bang. The telescope will also allow astronomers to study the atmospheric compositions of planets orbiting other stars and look for gas compositions that could indicate a possible presence of life.

Marshall Perrin, a Webb associate scientist at the U.S. Institute for Space Telescope Science, says the individual images obtained from mirrors for a single star appear quite close in camera photos. This is a sign that the mirrors are properly aligned.

“It all shows how meticulously and precisely the observatory was assembled on Earth, and how smooth the space travel and deployments went,” says Perrin. “Also, this brings us to a great point in starting to align mirrors to act as one mirror.”