On the one hand, the photograph of the 13.8 billion-year-old universe served by space stations, 4 billion years ago, and on the other hand, the human being who fell into melancholy after a heavy rain…

Since humankind has existed, it has experienced and will continue to experience existential pains. While we are not even a speck of a galaxy that does not make even a grain of sand in the infinite universe, we can birth and kill many universes within ourselves. In order to raise our individual awareness or, as some say, “to explore the universe within us”, we meditate on the tops of the mountains and seek a cure for our problems in thousands of psychology books.

Really, who are we? What’s wrong with us?

This is not just an identity crisis, but the meaning we add to the moments we live, our relationships and the circle of anxiety that surrounds us… We are a prisoner of the world we have created. We become slaves to everything we think will make our life easier, and one day someone will show you your place in the universe, show you how much space your existence takes up, you can’t even see it because you’re so small you can’t even be sure if it takes up space. While you are creating huge worlds within yourself, you cannot even find the Solar system that planet Earth is in, but you feel the unbearable superiority of existence in your bones.

Ever since NASA announced that the first all-color photograph taken by the James Webb Space Telescope was the deepest and clearest view of the universe, how did you feel looking at that photograph? 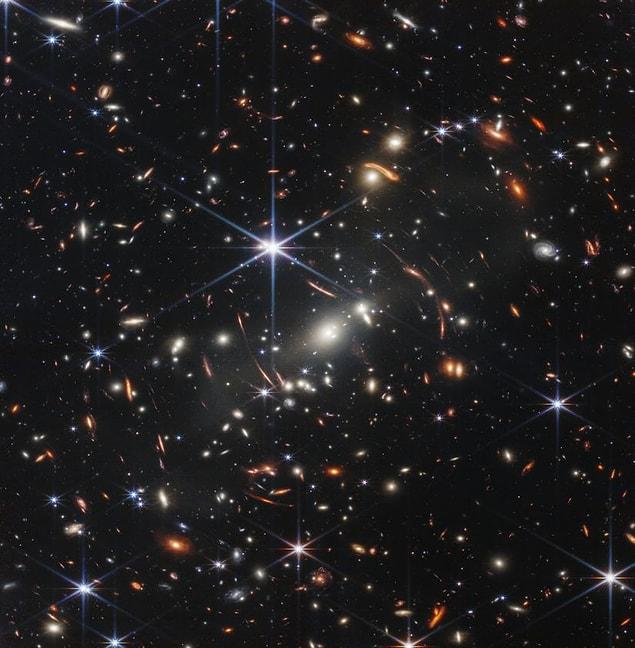 Think about it, the infinite universe is thought to be 13 billion 700 million years old, and our galaxy is said to have formed 4.6 billion years ago, and the area we see in the photograph is not even as big as a grain of sand in an area the size of millions of football fields combined. Now we are tiny granules in this grain of sand. In fact, we can say that words are not enough to describe how tiny we are, and organic lives that cannot even be described with words, that is, we, have feelings as endless as the universe and explosions of emotions that can create galaxies.

Isn’t it weird? What’s even weirder is that our Solar System or galaxy hasn’t even formed yet in those photos we’re looking at. We do not exist, a nebula cluster that we are not, will eventually merge, collide, and form a system to form the organisms that live on it, and one day those little life forms will succumb to their egos, fight, threaten each other, greedily demand more than their own. …

When we look at the situation from this window, how pointless is it when we think about the impossible, our sudden outbursts of anger, our sadness for the loved one who left, the fact that we did not get the raise we expected, the product we ordered was broken, the refrigerator broke down, or being caught in the rain without an umbrella? Just like the place filled by a life form in the infinite universe 🙂