Today, I will tell you about three important letters of Einstein, which I am also interested in as a famous scientist and physicist.

The first is Einstein’s personal but official letter. In other words, he did not write it himself, but he is aware of its content. 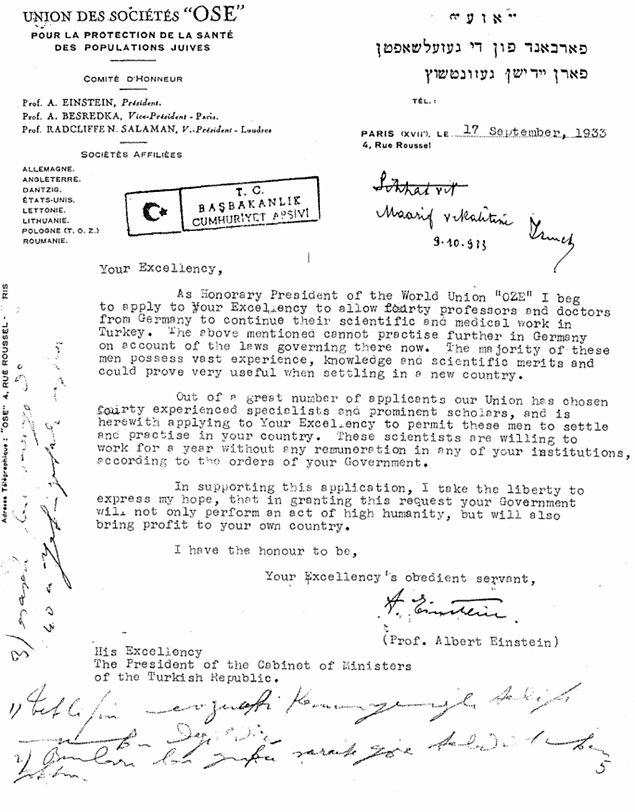 As the honorary president of the OSE World Association, I request your Excellency to apply to allow 40 professors and doctors from Germany to continue their scientific and medical studies in Turkey. The persons mentioned are not able to practice their profession due to the laws in force in Germany. These people, many of whom have extensive experience, knowledge and scientific merit, can prove to be extremely beneficial if they live in a new country. These 40 experienced experts and distinguished academics, to whom we applied for permission from Your Excellency to settle in your country and continue their work, were chosen from among the many applications made to our association. These scientists would like to work for one year without expecting anything in return, in any of your institutions on the instructions of your government. In support of this petition, I dare to express my hope that if your government accepts the request, it will not only have done a high level of humanitarian action, but will also bring benefits to your country.

Honored to be His Excellency’s faithful servant,

Let’s come to the second letter;

The coming years of the Second World War…

The arms race continues in the world. There is the well-known Adolf Hitler at the head of Germany, and it is becoming stronger with the developed weapon industry, posing a great danger to the whole world.

Seeing the rapid rise of Germany, the USA is trying to take up arms. However, he was not satisfied with this, he was always after more powerful weapons. Adolf Hitler knows the effect of the atomic bomb and is making studies in this direction. In fact, it’s almost at the stage to make an atomic bomb.

Worried about the situation, Albert Einstein also knows the power of the atomic bomb and fears that someone like Adolf Hitler will get this weapon before anyone else. For this reason, Einstein, who wants to draw attention to the atomic bomb, writes a letter to US President Roosevelt and expresses his concerns in the letter.

Letter from Albert Einstein to US President Roosevelt: 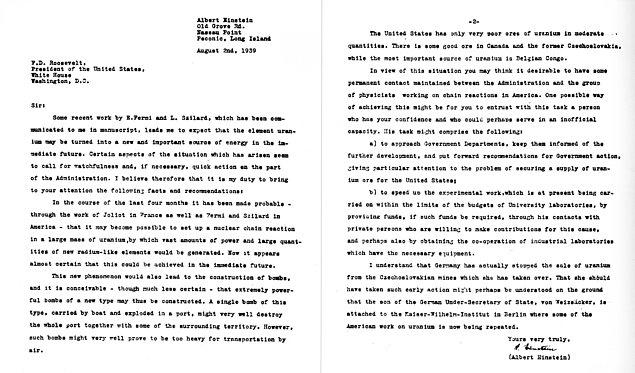 Some recent studies reported to me indicate that uranium will become a new and important energy in the near future. Some aspects of the situation require attention and even urgent action if necessary by the Management Device.

Over the last four months, the work of Joliot in France, Fermi and Szilard in the United States shows that it will be possible to produce a large nuclear chain reaction with high amounts of uranium. In this way, a huge amount of energy and a huge amount of similar radium elements can be produced. Now, it is almost certain that it will be achieved in the very short future.

This new phenomenon could lead to the construction of new types of extremely powerful bombs. They can be carried by a ship and be strong enough to destroy the harbour. However, they will be too heavy to be transported by air.’

And the third letter is my favourite.

It impresses me every time I read it.

Because he talks about true love in a very sincere way. In the light of science, love actually defines the Creator.

Greetings from here to those who think Einstein is an atheist…

Einstein’s letter to his daughter: 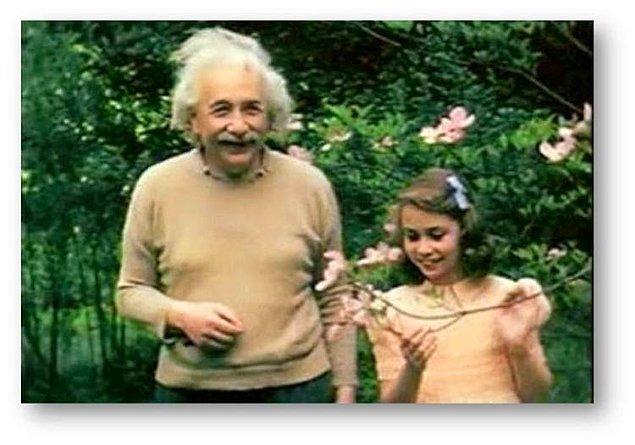 “When I explained the theory of relativity, very few people understood me. What I will write now to reach humanity is doomed to be misunderstood and collide with prejudices in this world.

I want you to keep the letters as long as necessary. Until society is at a level to accept what I am about to explain.

There is an immense power that science cannot explain. This power includes and governs all. It is even behind every phenomenon that makes the universe work, and it has not yet been defined by us.

This universal force is LOVE.

While scientists were looking for a unified theory for the universe, they forgot the most powerful unseen universal force. Love is the light that illuminates those who give and receive it. Love is gravity because it draws people together.

Love is strength because it multiplies the best in us and teaches us not to be exhausted in the blind selfishness of humanity.

We live and die for love. Love is God and God is love.

This power explains everything and gives meaning to life. This is a contradiction that we have ignored for too long. Maybe because it is the only energy in the universe that humans cannot use of their own free will, we are afraid of love.

To give visibility to love, I did a simple substitution in my most famous equation. If we accept that instead of E = mc2, the energy that will heal the world can be lovingly supplied by multiplying the speed of light by the square of the speed of light, we conclude that; love is the strongest force because it has no limits.

After humanity’s failure to use and control other forces in the universe that have become our enemies, it is imperative that we feed ourselves with another kind of energy. If we want our species to survive, if we need to find meaning in life, if we want to save the world and every sentient being that lives in it, love is the one and only answer.

Maybe a love bomb, a device powerful enough to completely destroy the greed, hatred and selfishness that is ravaging our planet, we are not ready to build.

However, there is a small but powerful generator waiting to unleash the energy of each individual.

When we learn to receive and give this universal energy, dear Lieserl, we will be able to affirm that love conquers all, transcends all. Because love is the most essential part of life.

I deeply regret that I have not been able to express what has been silently beating about you in my heart all my life. Maybe it’s too late to apologize now, but because time is relative, I have to tell you: I love you and thank you for finding the ultimate answer.

Donating the letters to the university in the late 1980s, Lieserl had one condition: The contents would never be published until 20 years later. After the necessary time passed, the highly anticipated letters were revealed.

The one you read above was one of the most important advice Albert Einstein wrote to his daughter.