Does a Man Wear Pink?

As the Z generation started to express themselves, the stereotypes of the previous generations began to decrease gradually. At least those who are open to change enjoy this free-thinking system. Those who are concerned about putting everything into a diagram, those who “otherize” those who are not like themselves, those who make it their business to establish neighborhood pressure; “You are you and I am mine. He found a generation who said “Extension is the issue”.

This new generation fearlessly questions everything. They talk to each other regardless of whether you are me or not. It even fearlessly challenges the sexist approaches of the past. Let Zs and even tiny Alphas defy obsolete mindsets and stare; With the rising trumpets of us older generations, “Does the man wear pink, son?” Let’s question their mentality. On the other hand, let’s talk about how innocent colors, which are part of social culture on the stage of history, were sacrificed to the marketing world.

It may come as a surprise to learn that gender-based color coding, which adopts the use of “pink for girls and blue for boys”, which we have been familiar with since childhood, is relatively new and even accidental. Before the 20th century, both girls and boys were dressed in white clothes that would save them from this problem, as their colors faded as a result of washing the baby’s clothes in boiling water too often for cleaning and hygiene purposes. After the children started walking, different pastel colors besides white decorated the children’s wardrobes without gender context. In this period, the colors differed according to the age ranges of the children rather than the gender. 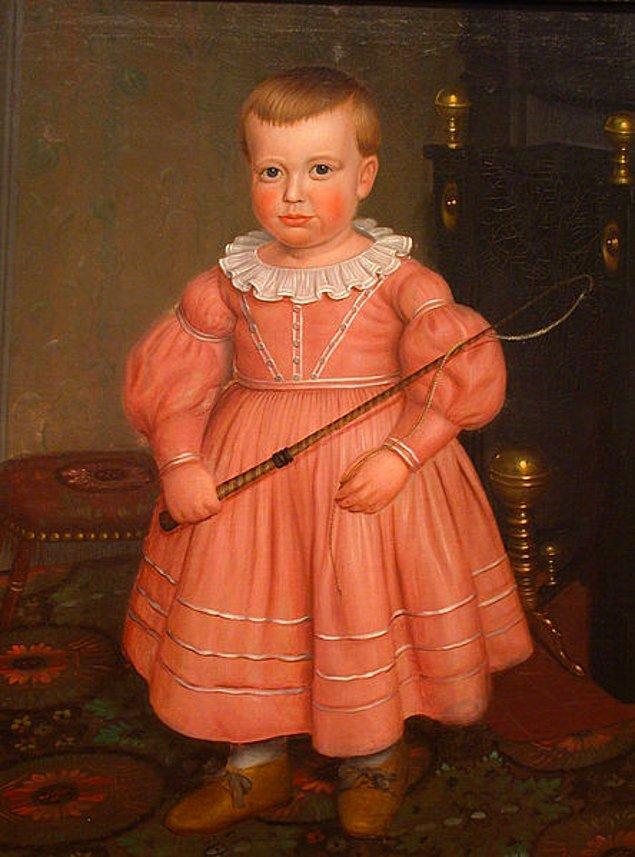 -Thomas Gainsborough (1782), The Pink Boy -Jacques-Emile Blanche, Portrait of a Pink Boy in a Sailor Suit

It may seem strange from today’s window that pink was first identified with boys, but history shows that this color was attributed to boys long before girls. One of the most important reasons for this is that, in the era of red uniformed soldiers and red-robed cardinals, pink was seen as one of the most masculine colors, as it was one of the sub-tones of red that evokes the color of war and blood. On the other hand, since the cloak of the Virgin Mary is usually depicted in blue, this color is coded as more emotional, sensitive and feminine.

This coding has also found its counterpart in art. The Pink Boy by Thomas Gainsborough in 1782 and Portrait of a Pink Boy in a Sailor Suit by Jacques-Emile Blanche at the end of the 19th century are examples that support the fact that pink was a widely accepted color for boys before it gained its current meaning. In fact, in a work depicting Queen Victoria and her son Arthur in the late 19th century, Prince Arthur is depicted in pink and white clothes.

The color pink, which was very suitable to be worn by men in the 18th century, gained a gender-specific meaning in the 19th century, with the changes in the color preferences of adult men and women in their daily lives. 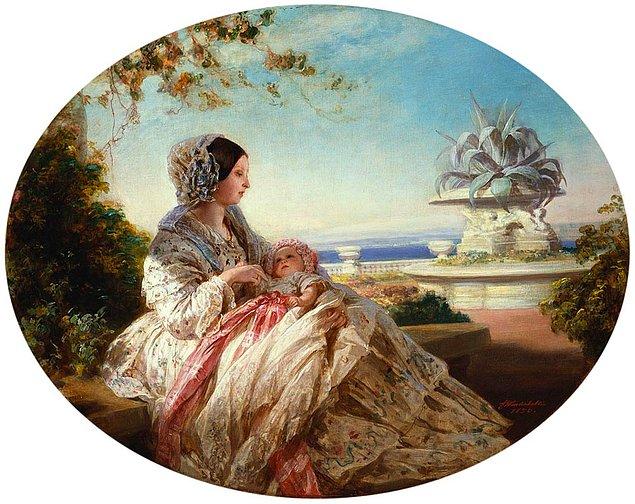 It has been observed that while men prefer especially dark colors, especially black, women continue to wear bright and pastel tones. The reflection of color changes seen in adults on children has been with the adoption of gender roles in the following periods.

Towards the end of the 19th century, the theories put forward by many psychologists, especially Freud, one of the psychoanalytic theorists, on child development had a great impact in the society. According to social learning theory, learning gender role is a process that starts from childhood and continues throughout life. Even towards the age of three, children notice the difference between boys and girls and begin to examine it.

Identification, according to Freud, is the process by which the child compares himself to an adult figure that he loves and admires. In line with these theories, parents have also adopted behaviors that will raise awareness in distinguishing their children’s genders. Colors, which were not thought to have an effect on the formation of sexual identity before, have become more effective because they attribute meanings according to the cultural values ​​of the parents. The writers of the period in many magazines and newspapers gave different directions regarding the use of color according to gender roles. The majority of these comments were about the colors blue and pink that were dressed in babies and children at that time regardless of gender. However, these comments did not unite under a single view for pink and blue; different sources continued to give different directions.

The pink-blue gender coding, which started to be slowly established in the USA for children’s clothing, was accelerated by commercial advertisements. Textile and costume history expert, American writer Professor Jo B. Paoletti expresses that he was very surprised by the 1918 news in a daily newspaper while he was doing research for his book Pink and Blue: Telling the Boys from the Girls in America: to the question of what color should be used for their children; The answer was given that pink for boys and blue for girls is the generally accepted norm. Pink is more suitable for boys as it is a stronger and more determined color, and blue is more suitable for girls as it is more sensitive and gentle.

Gender coding on the basis of colors has been applied in different countries in Europe in a way that is opposite to each other. For example, according to the news in Time magazine in 1927, the Belgian prince and princess, who was expecting a baby, decorated the cradle they prepared for their baby, which they hoped to be a boy, with pink color. In Germany, blue was preferred for girls and pink for boys. In a magazine published in France, it was mentioned that blue colors were chosen for baby boys and pink for girls. The internalization of the colors in newspapers and magazines by categorizing them according to gender did not become a common idea in America in the 1920s. Children’s clothing manufacturers in New York and Los Angeles produced and advertised pink-colored clothing mostly for boys, while manufacturers in Chicago, Philadelphia and New Orleans positioned pink as the color of girls in their advertisements.

When the American millionaire Henry Huntington bought “The Blue Boy” by Thomas Gainsborough in the 18th century and the “Pinkie” paintings by Thomas Lawrence in 1794, the disagreements about color coding begin to subside. 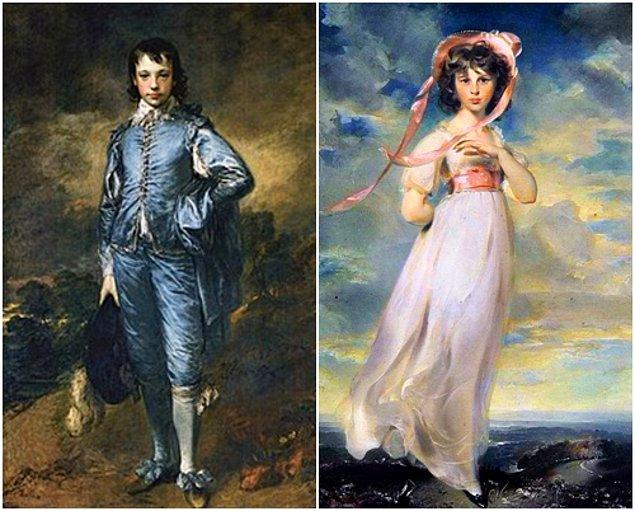 The publication of colored copies of the paintings, in which the boy is depicted in blue clothes and the girl in pink tones on her clothes and hat, was published in Life magazine in 1938 reinforced the gender-based coding of pink and blue. Thus, the existing gender color debate has shifted the gender-specific color code in favor of “pink for girls, blue for boys” as pictured in the charts. These tables were used as a historical reference in the creation of the new color coding.

Another factor in this coding being superior to the other is thought to be the preference of this practice in France, which was a fashion pioneer at that time. Following the prominence of the color pink in fashion and women’s clothing in the 1930s, the bond of this color with the female gender became stronger.

The bond established between girls and young girls with the color pink just before the 1940s was supported by many marketing activities. In this way, masculine traces from the past were erased and started to be forgotten. The feminine perception created by cultural factors became so strong that the color pink was seen as a symbol of femininity for adult women as well as being the color of girls in the 1940s. This trend, which started for pink, soon spread to ready-made clothing and other products.

The sharp rise of pink to be seen “for girls” and its dominant marketing as feminine in the 1950s and 1960s clearly shows that the choice of pink color is not a natural but a cultural imposition. However, since the 2000s, especially with the effect of the feminist movements’ opposition to the coding of the color pink for girls, feminist women have refused to dress their children in pink or blue, which is formed by traditional gender roles.

Today, regardless of their gender, it is seen that everyone can wear the color they want, regardless of whether they are adult women, men or children. 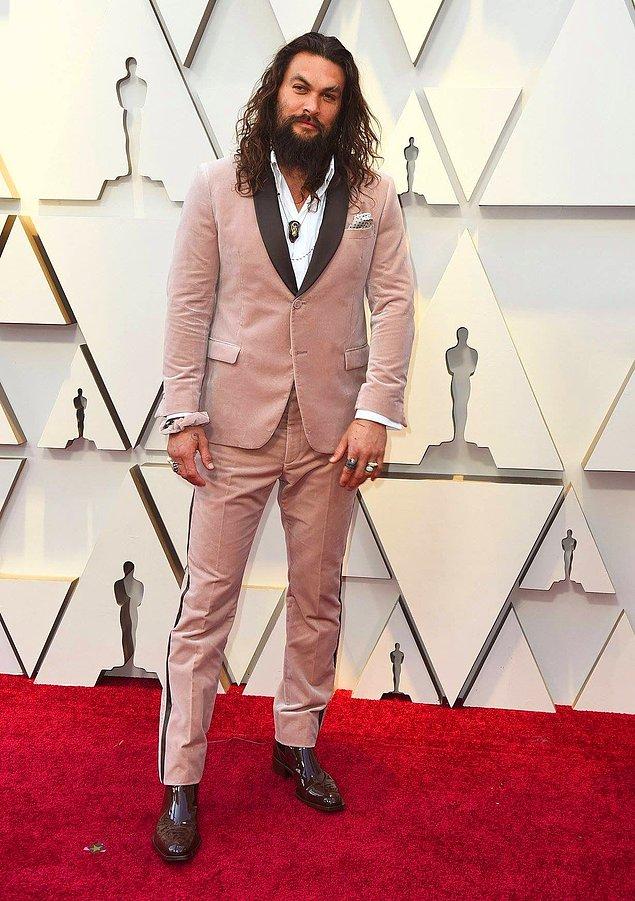 Especially pastel pink tones have started to come to the fore in men’s fashion, which can be interpreted as the repetition of history. One of the most important representatives of this preference is the world-famous actor Jason Momoa, known for his character in the TV series “A Game of Thrones”. Momoa, in addition to participating in many invitations, especially the Oscar ceremonies, with pink costumes, also makes her masculine appearance in her daily life attractive with pink clothes.