Africa is the world’s second largest continent in terms of area and population density. It covers 6% of the world’s surface area and 24.4% of the world’s land with an area of ​​30.8 million km² together with the islands considered adjacent to it. With a population of 1 billion people, it hosts 15% of the world’s population. Africa is surrounded by the Mediterranean Sea in the north, the Indian Ocean in the south, the Atlantic Ocean in the west, the Sinai Peninsula, the Red Sea and the Suez Canal in the east. It includes Madagascar and various archipelagos. There are 54 diplomatically recognized independent states, nine regions and 3 limited recognized states on the continent.

Among all continents, Africa has the largest youth population. 50% of Africans are under the age of 19. While Algeria is the largest country in Africa in terms of area, Nigeria is the largest country in terms of population. Especially East Africa is considered to be the starting point of humankind. Homo sapiens, which is proven to have been formed by the evolution of early great apes, as well as species such as Sahelanthropus tchadensis, Australopithecus africanus, A. afarensis, Homo erectus, H. habilis and H. ergaster, whose late period was seven million years ago, is about 200,000 years ago. findings were found in Ethiopia.[3] Africa is the only continent on both sides of the equator with a wide variety of climatic zones and in both climatic zones in the world.

Africa is home to a great diversity in terms of ethnicity, culture and language. It was colonized by European countries at the end of the 19th century. The modern states of Africa emerged after the decolonization process in the 20th century. African countries were partly formed during the African Plunder of 1881-1914.

The largest country in Africa in terms of area covered is Algeria, and the smallest country is the Seychelles archipelago in the east of the continent.[43] On the mainland, the country with the smallest surface area is the Gambia.

Geologically, the African Plateau collides with Eurasia as the Arabian Peninsula, the Zagros Mountains and the Anatolian plateau trigger each other. Its highest point is Mount Kilimanjaro (5,895 m), while its lowest point is Lake Assal (-156 m). The Sahara Desert is the largest desert in both Africa and the entire world. It still continues to expand.

The Bantu language is widely spoken in South, Central and South East Africa. In addition, a number of Nilotic communities are spoken in East Africa and South Sudan by the Swahili of the complex Swahili Coast, and the remaining indigenous tribes, Khoisan (‘San’ or ‘Bushmen’) and Pygmyler Bantu languages, respectively. The Bantu language is also dominant in Gabon and Equatorial Guinea. In the Kalahari Desert in southern Africa, local communities also known as the Busmans have long lived here. The Busmans are racially different from other African tribes. The prominent group of Bantu that has survived is the Pygmi. The majority of nations in West Africa speak languages ​​of the Niger-Congo language family. In addition, there are people who speak Afro-Asian languages ​​and Nilo-Saharan languages ​​in this region. Niger is home to the most complex ethnic groups, including the Yoruba, Igbo, Fulani, Akan and Wolof languages ​​within the Congo language family. In Central Sahara, Mandinka or Mande communities are significant, and in eastern Central Africa the Zaghawa, Baya, Kanuri, and Sao languages ​​of the Nilo-Saharan language family dominate.

Communities in North Africa consist of three main groups: Berbers in the northwest, Egyptians and Libyans in the northeast, and Nilo-Saharan-speaking communities in the east. With the Arabs who started to come to this region in the 7th century, Islam entered the region and transformed the democratic structure. Semitic Phoenicians, Indo-Iranians, Indo-Europeans, Romans and Vandals from Carthage and Hyksos were also important peoples in this region in history. Berbers still have a significant presence in Morocco and Algeria today. However, Berber-speaking communities also live in Libya and Tunisia, albeit in smaller numbers.Berber-speaking Tuaregs and other normadic communities are also inhabitants of the Sahara desert. Even though the region is largely under Arab and Muslim influence, communities still speaking Niger Congo still live in the Mauritania region. Although Arabic and Arabic culture predominate in Sudan, there are originally Nilo-Saharan-speaking groups that have mingled with the Nubians, Nuba, Fur and Zaghava peoples, who have been various immigrants from the Arabian peninsula over the centuries. 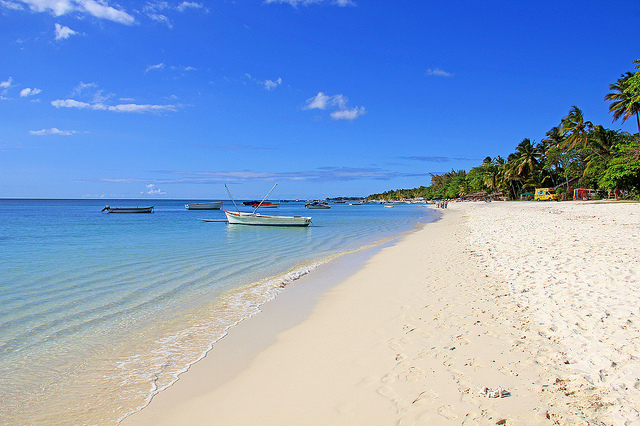 Before the decolonization movement that started after the Second World War, there were many Europeans on the African continent. The decolonization movements of the 1960s and 70s caused many white Africans to seek asylum. A large part of these migrations consists of people leaving Algeria and Morocco. (Approximately 1.6 million people Kenya, Congo, Rhodesia, Mozambique and Angola.) By the end of 1977, more than 1 million Portuguese had emigrated. Nevertheless, many White Africans still continue to live as minorities in many African countries such as South Africa, Zimbabwe, Nabimia and Réunion.The country with the highest white African population is South Africa. Afrikaners are the largest Anglo-African minority group living in Africa today. Colonization period caused people from many parts of the world (especially Indian and Asian) to come to the African continent. In particular, communities of Indian origin are mostly located in South Africa, and they are also settled in small groups in Kenya, Tanzania and other Eastern countries. The large Indian tribe in Uganda was expelled from their habitat in 1972 by Ugandan dictator Idi Amin. Today, however, many have returned to their homeland. The communities on the islands in the Indian Ocean are also largely composed of Asian and Indian groups. The majority of Malagasi peoples in Madagascar are speakers of South East Asian and Oceanian languages. However, these communities were often mixed with Bantu, Arab, Indian and European communities. Throughout the 20th century, the Lebanese diaspora and Chinese investors continued to settle in Africa as small but economically influential groups.