All the details necessary for a more productive work have been considered in the Huawei MateBook 14S. 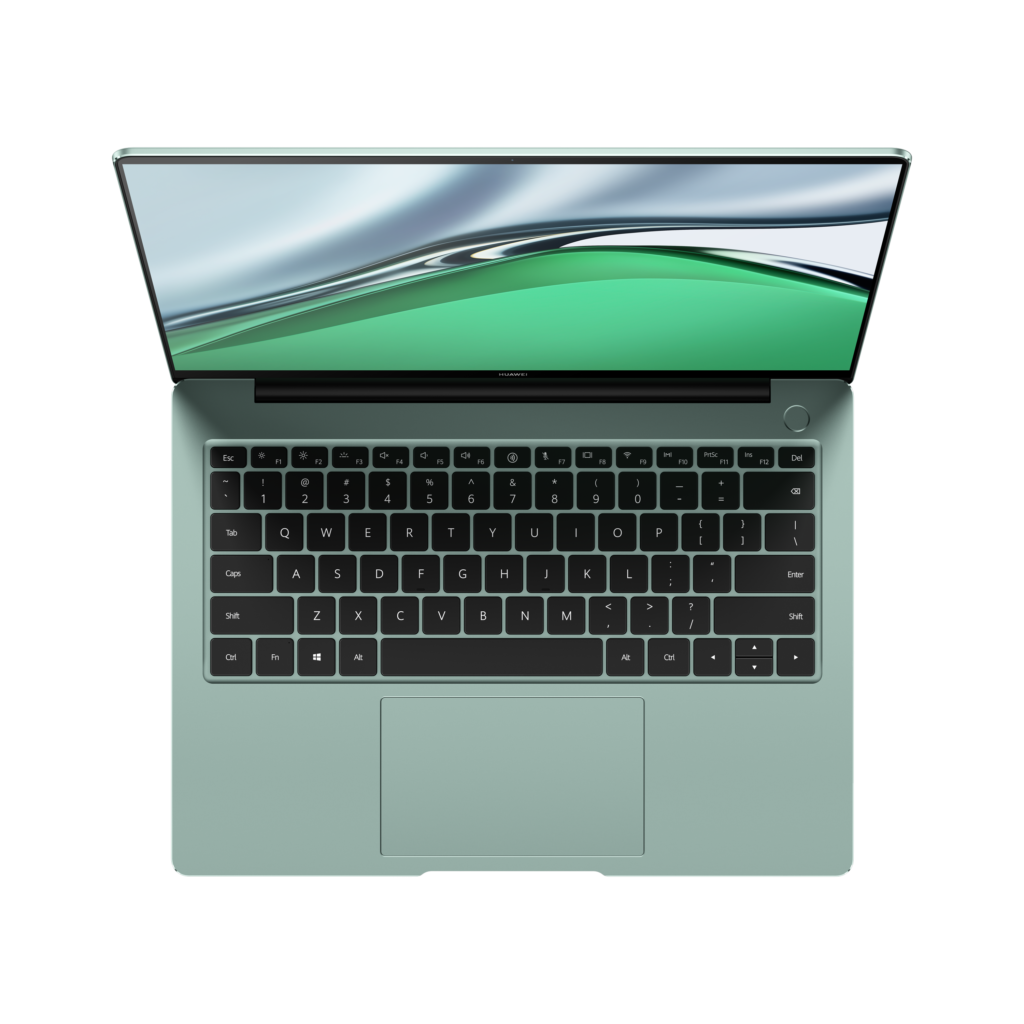 When we look at the general lines of the Huawei 14S, we come across an elegant but very reliable case made entirely of aluminum. Only half an inch of space around the edges of the screen provides an almost borderless image, making it easy to concentrate on the screen. The lack of space for the camera on the screen led Huawei designers to a creative solution in this regard. The 720p resolution camera is revealed when you press the key between the F6 and F7 keys. When you are not using it, you can press the button with the camera and hide it. You will love this practical camera design, especially if you are a user who tapes his camera for security concerns. Both the keys of the keyboard and the touchpad are quite large and comfortable. With 1.5 mm key travel and Huawei’s proprietary “Soft Landing” design, the illuminated keyboard provides ideal tactile feedback, ensuring your fingers don’t get tired even during long working hours. 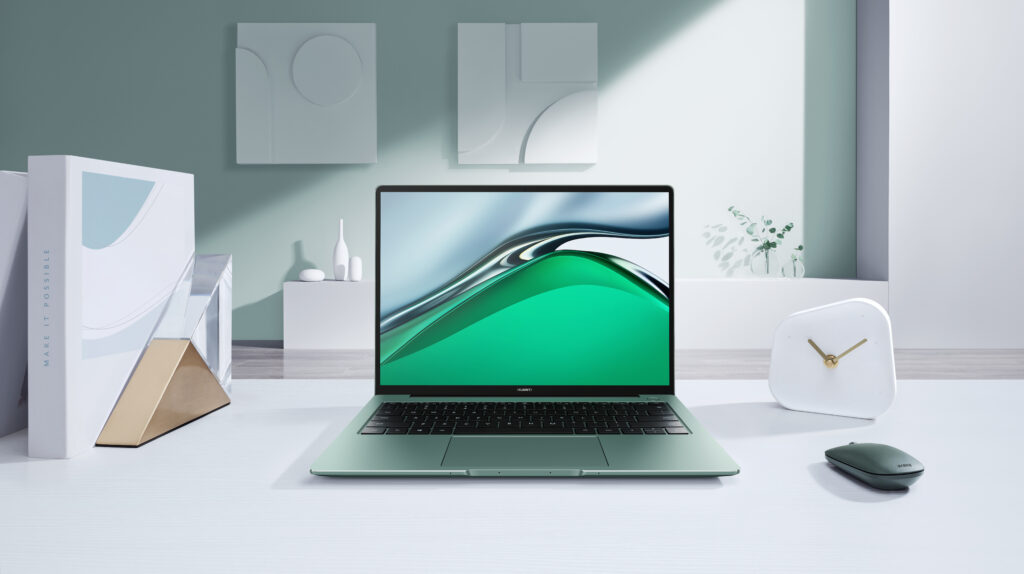 The elevation at the bottom, which holds the body up half an inch, allows the notebook PC to be lifted from the bottom, while providing a better angle for the hands and eyes. In the meantime, let’s point out that we did not encounter any heating problems or fan noise in the laptop PC, thanks to the case made entirely of aluminum and Huawei’s specially designed cooler called Shark Fin. The best part is that all these features are offered at just under 1.5 kg.

Although the Huawei 14S basically uses the same chassis, it is possible to find different configurations at different prices. In the model we tested, a 4-core Intel i5-1135G7 (Iris Xe) was used as the processor (WFH9A). Recently, we see that affordable mobile computers are sold with 4 GB of memory. Frankly, it is not possible to get a fluent Windows experience with such a memory amount. On the other hand, the situation is much better in the models with 8 GB memory, which we usually see at the middle level. Huawei 14S, on the other hand, offers you high performance regardless of the application you use, thanks to its 16 GB memory. Of course, the 512 GB SSD has a big share in this. The PC, which boots up in about 3 seconds, has a fingerprint sensor on the power button. The 14-inch, 2160×1440-pixel bright screen (IPS, 300 nits) provides double eye protection with TÜV Rheinland Low Blue Light and Flicker Free certifications, which helps users relieve eye fatigue and thus protect their eyes. Moreover, the PC also has a light sensor that detects changing ambient lights and applies smart screen brightness adjustment accordingly. Undoubtedly, one of the most important features of the screen is the 3:2 ratio, which allows the screen to display more content vertically. With support for 100 percent sRGB wide color gamut, the display can process 1.07 billion colors to show vibrant colors and smooth gradient transitions. The 10-point multi-touch support allows users to be more efficient while performing tasks. 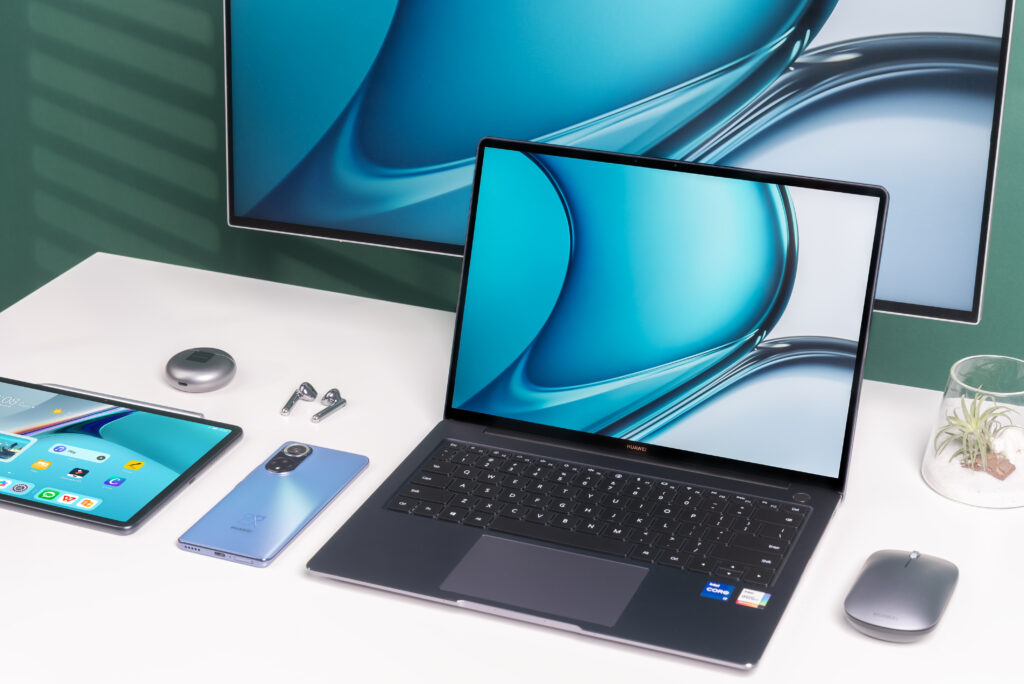 Connectivity features and the Huawei ecosystem

Equipped with 2 x USB 3.2 Gen1, 1 x HDMI and 1 x HDMI and USB-C (Charging and DisplayPort supported) ports, as well as a 3.5mm headphone and microphone port, the laptop is equipped with Bluetooth 5.1 and 2×2 MIMO (2 transmitters, 2 Receiver antenna) supported Wi-Fi is also available. But the connectivity features of the laptop are not limited to these. Especially if you have another Huawei device, we can say that the 14S laptop opens the doors of a new world to you. Because PC expands Huawei’s multi-device connectivity capabilities with support for smart connection between Huawei smartphones, tablets, monitors or other devices. Users can connect the laptop to a smartphone with a simple tap and mirror the mobile interface to the laptop screen using two devices simultaneously on a single screen. It is also possible to connect the HUAWEI MateBook 14s to a tablet and use it as a digital canvas. Users who want to have a larger viewing area can have the laptop collaborate with a HUAWEI MateView wired or wirelessly. Based on Huawei’s distributed technology, Huawei Share allows users to easily share files between different devices. If you have pictures, videos and documents on your Huawei smartphone that you want to transfer to your new Huawei laptop, you can quickly send them with just a few taps. 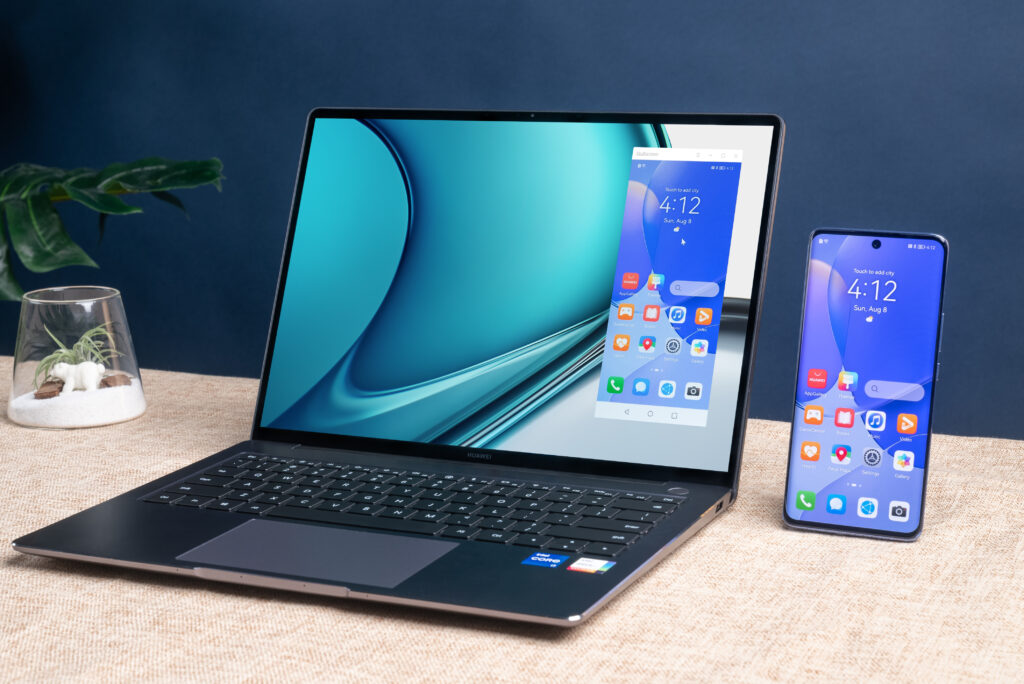 As the name suggests, Multi-Screen Collaboration facilitates seamless collaboration between two devices. With the Huawei Share function built into the touchpad, setting up Multi-Screen Collaboration is as easy as tapping the smartphone to the surface on the HUAWEI MateBook 14s. When two devices are connected, you can easily transfer files between them by dragging the files between the interfaces. Since peripherals are also shared, you can use your keyboard and mouse to control the connected smartphone or tablet, or even use apps from one device to open files stored on another device. Want to edit a photo you’ve just taken on a smartphone? Simply launch your preferred editing software on the MateBook and take full advantage of the computer’s software and hardware for quick image tweaks. Since the distributed technology connects the two devices at a system level, you can make and receive audio and video calls through your PC and use the microphone and camera on the PC to chat. 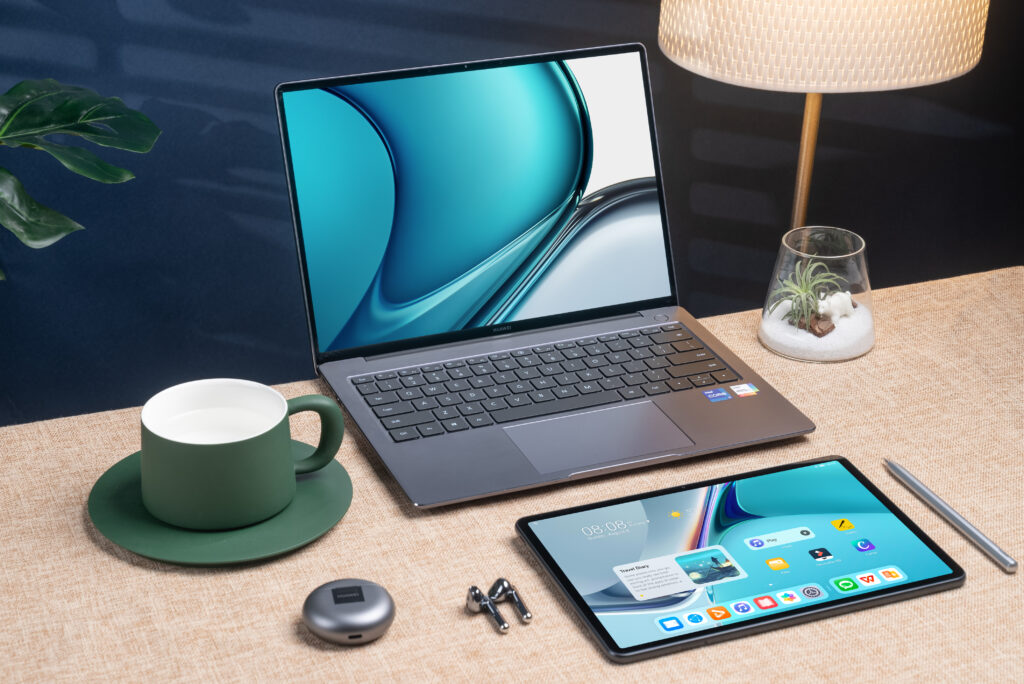 It’s only been 6 years since Huawei announced its first laptop model. However, in this process, it has managed to produce stylish, robust and performance models with the 14 series by making good use of the mistakes made by other manufacturers and keeping the users’ heartbeat well. The model with the i5 processor, which we tested, won our appreciation in terms of both application performance and battery consumption (we were able to work for over 6 hours at medium brightness).