8 Questions You’re Afraid to Ask About the Illuminati

When it comes to the dark entities controlling the world in question, it’s no surprise that the Illuminati tops the list of conspiracy theorists. Its symbols are everywhere in daily life… It is possible to come across traces of the Illuminati on TV series, clips, jewelry, money, buildings, many textile products used for decoration purposes, and T-shirts. Then let’s question the Illuminati with 8 questions I prepared without fear:

1) What is the Illuminati?

Historically, the term ‘Illuminati’ refers to the Bavarian Illuminati, a secret society that operated for only ten years, from 1776 to 1785. This organization was founded by Adam Weishaupt, a German law professor who strongly believed in Enlightenment ideals. His illuminatenorden sought to spread these ideals among the elite. Weishaupt wanted to educate Illuminati members in reason, philanthropy, and other secular values ​​so that they could influence political decisions when they came to power. The common belief in many books about the Illuminati was ‘They were pretty ambitious for six or nine, but they really wanted to take over the world’.

The group was only a handful of people in its early days. And even at its largest, it consisted of only 650 to 2,500 members. The group reached this size by becoming a kind of sleeper cell among other groups. Members of the Illuminati joined Masonic lodges to recruit members for their rival secret societies.

2) What did the Illuminati believe? 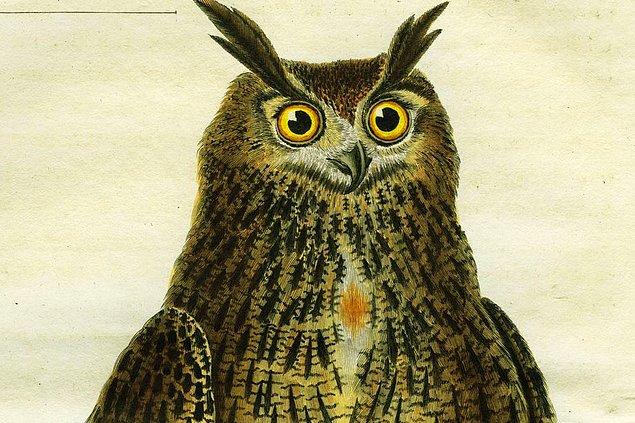 The historical Illuminati had two faces: its strange rituals and its ideals. The Illuminati did many unusual things. They used symbols (like the owl), used nicknames to avoid identity, and had complex hierarchies such as Novice, Small Service, and Enlightened Minerval that divided ranks. But we do know that the members are very paranoid and use spy-like protocols to keep each other’s identities private. While following these bizarre rituals, they also promoted a worldview that reflected Enlightenment ideals such as rational thought and self-management. The priestly and anti-royal Illuminati were closer to revolutionaries than world rulers as they tried to infiltrate powerful institutions like the monarchy.

3) Did the Illuminati manage to control the world? 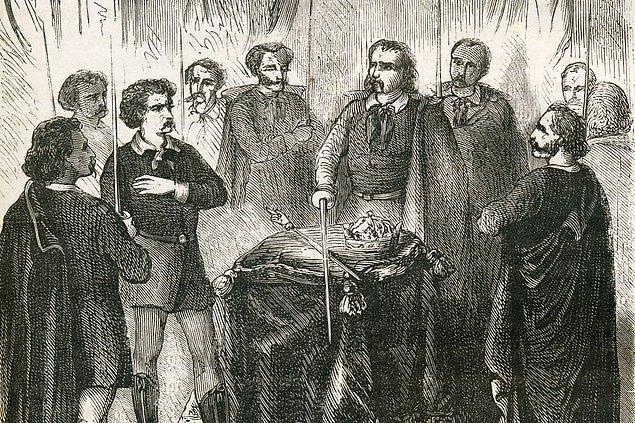 4) Why did the real Illuminati disappear?

It was the duke of Bavaria who single-handedly overthrew the Illuminati. Most sources say ‘They were destroyed’. ‘People have tried to revive them over the years, but it’s a monetization scheme.’ In 1785, the Bavarian Duke Karl Theodor banned secret societies, including the Illuminati, and imposed severe punishments on anyone who joined them. Many of the group’s secrets were exposed or published, and the Illuminati disappeared. But from the moment of dissolution, the legend has expanded. Conspiracy Theories: As described in an encyclopedia, documents found in the homes of high-ranking Illuminati members like Xavier von Zwack have confirmed some of the most chilling Illuminati theories, such as world domination and cult behavior.

5) If the Illuminati disappeared, how did their legends live on? 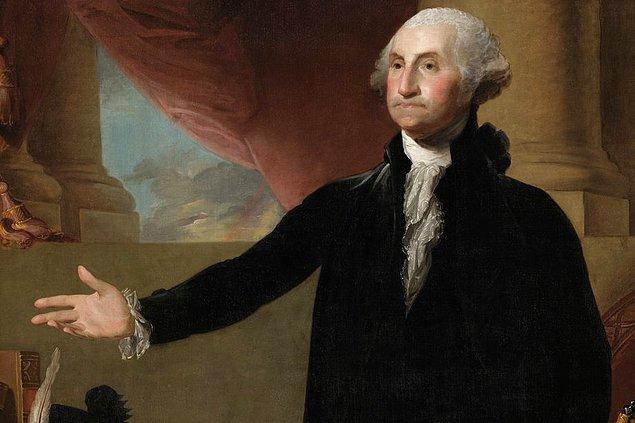 Conspiracy theories about the group emerged soon after the Illuminati disbanded. The most famous conspiracy theories were written by physicist John Robison in 1797, who accused the Illuminati of infiltrating the Freemasons, and Abbe Augustin Barruel, who supported the 1797 Jacobin history’s theory that secret societies, including the Illuminati, were behind the French Revolution. Historians tend to view these as the first in a long series of conspiracy theories (though for those who believe the Illuminati rule the world today, this is arguably proof of the group’s strength). Later, some Founding Fathers took an interest in the Illuminati in the United States. In 1798, George Washington wrote a letter addressing the Illuminati threat (he believed it had been avoided, but his mention of it helped bolster the legend). In the panic caused by the anti-Illuminati books and sermons, Thomas Jefferson was accused of being a member of the group. While these early Illuminati panics were over, they gave the group a patina of legitimacy that would later help make a centuries-old conspiracy seem more plausible.

6) Does the Illuminati have a relationship with the Masons?

Conspiracy theories have always been popular in the United States, but for centuries the Illuminati were less feared than the Freemasons. The 1828 Anti-Masonic Party was based in opposition to the Freemasons, and although the party died, the Freemasons remained the focus of paranoia in America. The two groups were often confused with each other, as the Illuminati recruited many members in Europe through Freemason lodges. To some extent, Masonic paranoia stemmed from Masonic influence in the United States. After all, many Founding Fathers were members. And some important American symbols may have been derived from Freemasonry: There is a strong argument that the eye on the dollar, the Eye of Providence on a pyramid comes from Freemasonry. (There is also an argument that it was meant as a Christian symbol; all we know for sure is that it had nothing to do with the Bavarian Illuminati.) This early Masonic paranoia may help us understand conspiracy theories about the Illuminati today. According to many theorists, ‘People will use a term like ‘Illuminati’ to describe anything they dislike and may challenge their values.”

7) Why do people still believe in the Illuminati today? 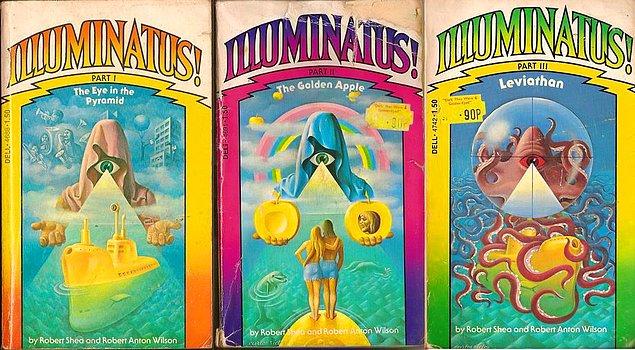 The Illuminati never completely disappeared from popular culture, it was always believed to be in the background. But by the mid-1970s, the Illuminati made a distinctive comeback thanks to the literary trilogy that gave the group its simultaneously eerie and ridiculous image. Written by Robert Shea and Robert Anton Wilson, the Illuminati Trilogy depicted the Illuminati with an ironic break. This trilogy has become a countercultural touchstone, and the interweaving of real research has helped return the fantasy Illuminati perception. The Illuminati became a periodic part of popular culture: as in Dan Brown’s popular novel Angels and Demons.

8) Will the Illuminati kill me for reading this article?

If they still exist, you already know a lot 🙂